Bill Willingham has become a legend in the comic book industry. Creator of the much lauded Fables series, he continues to work in comics mostly writing. He still draws, but more for private commissions than for published work. To D&D fans he was a notable artist on early D&D books including being the first to draw dark elves for the Drow series. Many remember his iconic frontispiece drawing for Red Box D&D of the adventurers fighting a red dragon.

On his YouTube channel Bill Willingham recently talked about his experiences as a young artist in the early days of TSR. He drew all but the first 2 D&D comic page ads.

I barely remember seeing these as a kid, and I didn't even realize they had a continuing story that left on a cliff hanger. This compelled me to look them up so I could read the story. Apparently it had developed a bit of a fan base who were disappointed the stories were never finished. But ending the ads was a marketing decision as they decided to spend their advertising budget elsewhere. Of particular fascination is the restrictions the Lady of Pain inflicted on the ads. They could show no violence and no greed. So no fighting or getting treasures, pretty much the heart of a D&D adventure! 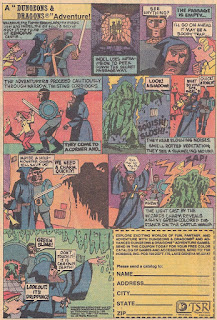 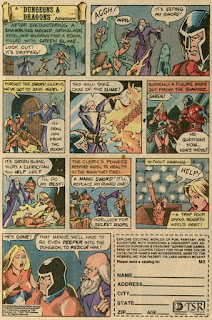 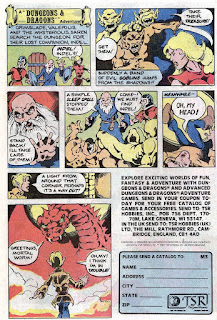 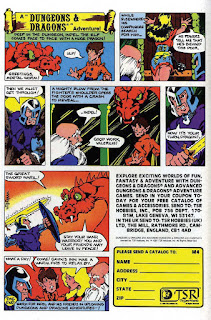 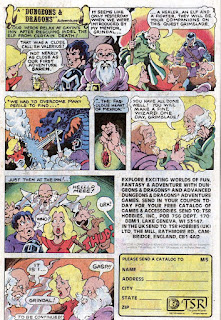 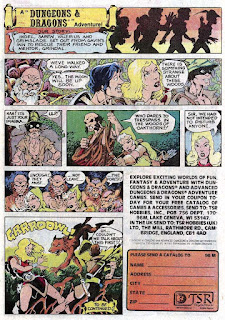 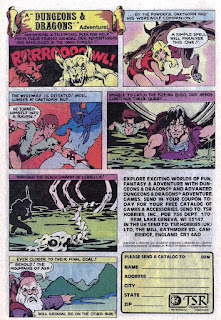 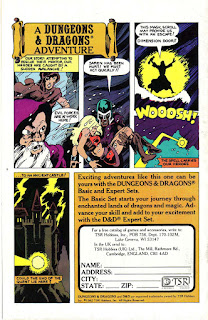 Interestingly in an issue of Dungeon magazine the characters were given stats for 4th edition D&D. One of the harder editions to convert back into classic D&D, but it can be done with a little effort. 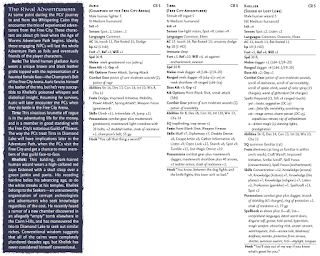 When I was poking around trying to get more information I found the Kuronons blog that has some additional interesting details.