Board Game Geek user darkyeoman has compiled a list of all the Dungeoneer Variants he could find online and posted them here: 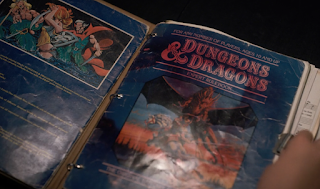 Dungeons & Dragons had its best sales year since it was acquired from TSR Inc. by game publisher Wizards of the Coast in 1997, the company confirmed to SYFY WIRE.

What I find most interesting is how D&D has moved from being perceived as some weird hobby that nerds played in their parent's basement to an activity anyone can enjoy without being stigmatized.

The game gained an international stage with the release of Netflix's Stranger Things in the summer of 2016, as its main characters play Dungeons & Dragons regularly. Tito calls the show "another data point in the zeitgeist." It has also shown up on other popular TV programs like The Big Bang Theory and The Goldbergs. Even Rick and Morty co-creator Dan Harmon hosts a show called HarmonQuest, which is heavily inspired by Dungeons & Dragons. His former show, Community, also had two episodes solely devoted to playing the game.