With the imminent demise of G+, where much of the OSR had found a home in, a lot of the discussions have been moving to other platforms. I've been checking many of these out such as MeWe and Discord, but I'm not sure I have room for yet another Social Media in my busy day.

I've been on Reddit for a couple years now, and it has a great community, looks to be a healthy growing platform with a bright future, and really excellent discussion and chat tools. So I want to try out a new subreddit dedicated to OSR discussions. I've created one inspired by the classic catalog that shipped with the original basic sets. 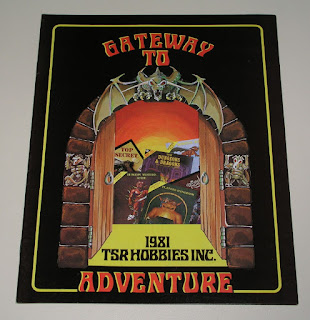 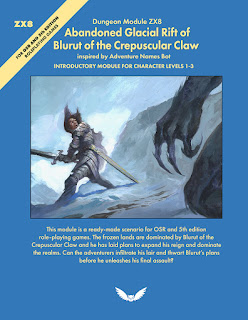 In September I wrote a little Twitter bot that randomly generates Adventure Names and posts hourly. It has come up with some wild ideas, a lot of silly and wonky ideas, and a few that were very cool. I said I'd create an adventure out of the name that was most liked and retweeted. The results are in and Dungeon Module ZX8 Abandoned Glacial Rift of Blurut of the Crepuscular Claw is the name that won!

It's not going to be very long, probably only a bit longer than a one-page dungeon, but it will be a fun one. It will be available for free on DriveThruRPG when it's done.

Some of my favorite other adventure names it generated are:

Dungeon Module KP11
In the Moon of Vulframn the Sunless Stalker

Dungeon Module YA2
Strange Fort of Adalbert the Dark Duke

I'd like to figure out how to make this bot run on Google+, so if anyone knows how to do that let me know.
No comments: