Both Print & PDF versions (including package deal) are live now on DriveThruRPG. 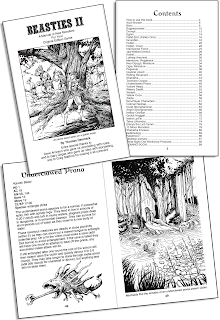 Dream Cover - In Search of the Unknown

Frank Frazetta was born this day February 9, 1928, in Brooklyn, NY. I'm dedicating this "Dream Cover" post to him.

In Dream Cover posts I imagine being the art director on a project and who would I contract to do the art. Once in a while an image strikes me as being the perfect cover for something and I'm tempted to make a post about it. In this case a question came up on Twitter about if you could own just one Frank Frazetta art which one would you take? Wow, what a question! At first I thought it would be a simple task of looking through some favorites and picking one, but it wasn't that easy. Besides the quality of the image there are personal feelings about where, when, and on what the first time you encountered a Frazetta image. In my case the first of his work I ever saw was Spider Man and it blew my mind how powerful it was. Keep in mind that this was in the 70's, long before the internet and before the proliferation of fantasy art we see these days. 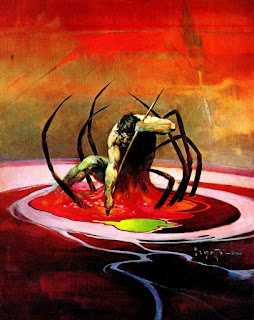 Then, there was Moon Maid the very first Frazetta painting I saw on the cover of an Edgar Rice Burroughs' book. This introduced me to the writings of Burroughs and made me a life long ERB fan. This may just be my favorite painting of his. 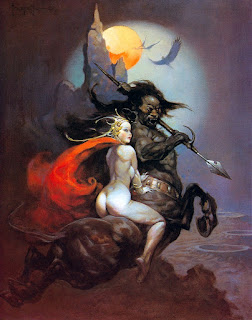 One that I have the most nostalgia for was this cover he painted for Illustrators of the Future. While it's not one of his best (it's still amazing), it was the first Frazetta original painting I saw in person. And it was the cover of the first book my work was published in. Apparently this was right after he recovered from a serious medical condition that threatened his life and career, so this was a bit of a comeback piece for him. 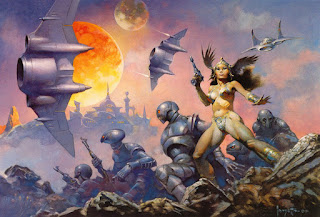 A trip through Frazetta's work is always fun, and while I was looking around I saw his cover for "The Secret People" (Lancer, 1964) which I believe started his career with ACE. To get back to the topic of this post: the Dream Cover would be this image and it is almost perfect for module B1: In Search of the Unknown. Just put some fantasy armor on those foreground characters. 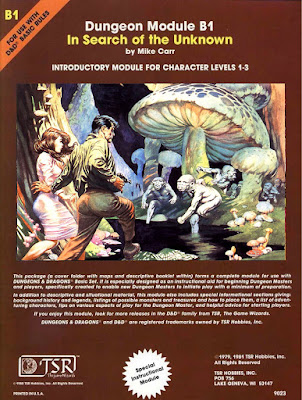 The illustration was originally painted for The Secret People by John Beynon Harris. 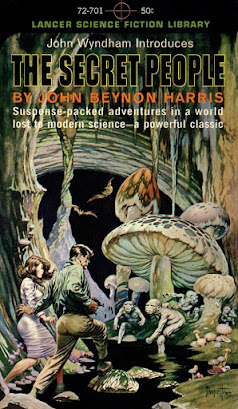 This little book of monsters for your OSR game has been sitting on the backburner long enough. This is one of those little gems I'd take out and work on every once in a while between other projects. It's been long enough! I powered through the completion of this book, tying up loose ends, and trimming the fat. What it is, I hope, is a worthy successor to the first Beasties book. It has the same quirky charm, more useful beasties, some interesting NPC's, and other little goodies. Oh, and a ton of art! These monster books take so long for me to do because of how much art they need. But they are so fun.
I'm selling the PDF directly on my webpage, so I'm able to pass savings on to you.
Get Beasties 2 Here 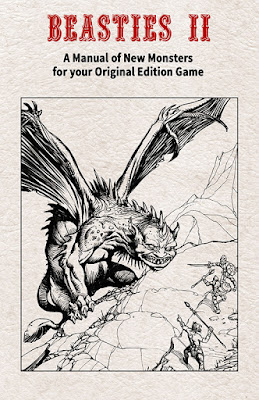 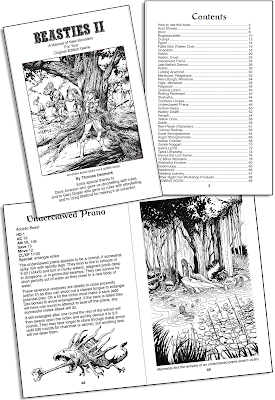