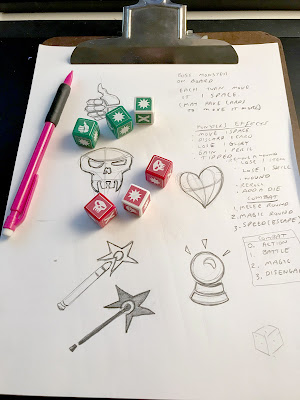 Taming the randomness and upping the fun.
No comments:

I've been playing around with the idea of creating a Chainmail retro-clone. Now that Beasties II is done, this is the next book on my schedule. The original book itself, like all early TSR products, is a scattershot with random organization. For example poring over the text for information on any unit type shows bits of valuable game information scattered across various tables and sections.

A while back I did a little personal project to reformat the original Chainmail to make it more useful for my gaming group. Since Chainmail is not public domain I couldn't disseminate it, other than showing a few fair use page examples (I was even warned on one forum not to post any more images of it).

I wouldn't be the first to make a retro-clone of Chainmail. There is Grognard which you can learn about here. Also there is Platemail, and the excellent Swordplay & Spellcraft that takes it into an RPG direction. There are probably others I don't know about. Grognard is closest to what I envision for a retro-clone as it stays close to the source mechanically, but it doesn't get the aesthetic quality I'm seeking. So here is a little example. This takes all the information of an Anti-Hero unit, puts it all together into one stat block with a cool illustration to decorate it. 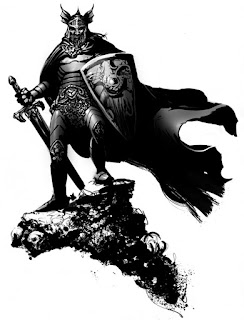 Special Abilities:
Never need to check morale.
Add 1 to dice of their unit for 1:20 combat results.
Last figure in unit to be killed by regular missile fire or melee.
May engage in regular melee with normal troops, 1:1 combat with other heroes/anti-heroes, or engage with fantastic creatures on Fantasy Combat table. (See below)
A Hero-type, armed with a bow, shoots a dragon passing within range overhead out of the air and kills it on a two dice roll of 10 or better (9 or better when firing an enchanted arrow).
Anti-heroes have the fighting ability of four figures. Their class of figure is dependent on the arms and equipment of the Anti-hero types themselves, who can range from Light Foot to Heavy Horse.
Melee (1:20) Combat: Anti-heroes are the equivalent of 4 figures. They move, charge, fire missiles, attack and defend per their class. When meleed by regular troops, four simultaneous kills must be scored against Anti-heroes to eliminate them. Otherwise, there is no effect upon them.
Man to Man (1:1) Combat: Similar to Melee Combat.
Fantasy Combat: Anti-heroes may be attacked individually by enemy troops of like type (such as other Hero-types) or creatures shown on the Fantasy Combat Table. Anti-heroes may act independent of their command in order to combat some other fantastic character. 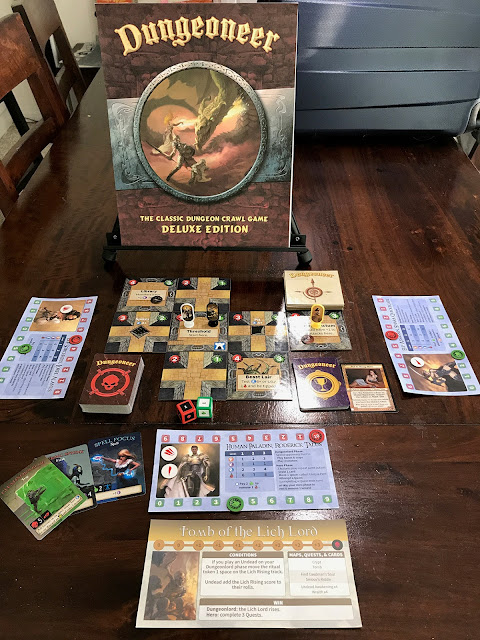