Warduke is an Evil Warrior 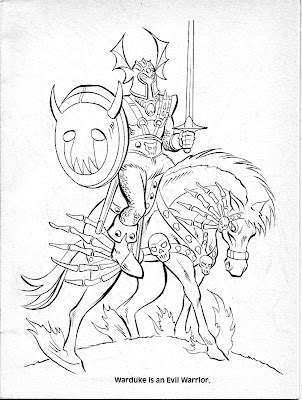 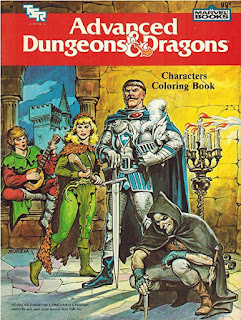 From the Advanced Dungeons & Dragons Characters Coloring Book
No comments:

Alwilda is a 5th century Viking woman who refused her arranged marriage to Prince Alf of Denmark. Instead she sailed with the Saxons to help in their fight against the picts of Scotland, afterwards she became such a fierce and infamous pirate that Prince Alf set sail to stop her in her tracks. In an insidious twist of fate, however, she found that after he captured her she liked his bravery and skill so she agreed, finally, to marry him! 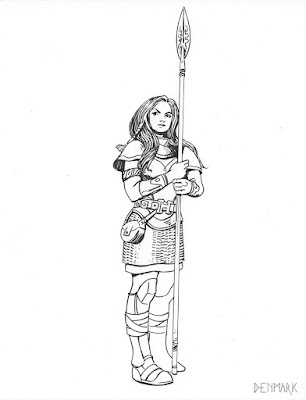 Barrow of Agronis the Unhallowed King 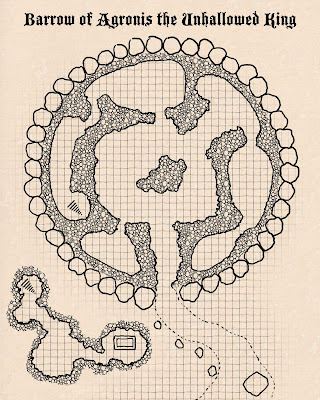 Minaret of Ipan the Shrunken

Quest for the Minaret of Ipan the Shrunken 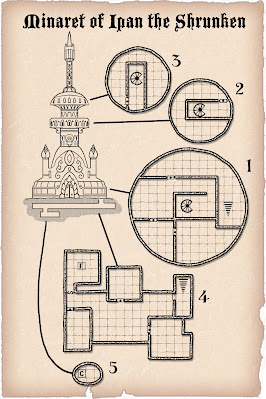 Secret Mine of the Dugan Bros

The Dugan Bros were some dirty underhanded good for nothin' bad eggs. They's claim jumpers and took a feller's hard earned gold if'n they could. Jonah, the addle-brained younger brother got drunk and gave away that he and his brother were excavatin' a secret mine up in the hills. And there was some strange goings on.

A sneak peek at one of the many maps that will be in the Gunslinger roleplaying game. 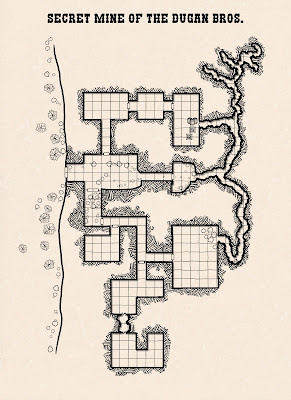 My favorite monster manuals were not published by TSR or WotC.

In 1977 Rien Poortvliet's Gnomes was first published in English, this is the same year the first Monster Manual was published. The book of Gnomes is a masterpiece of imagination and art dealing with fantasy creatures. Written and drawn in a naturalist style, it is as if the artist observed and recorded these benign and fascinating little beings in their natural habitat.  It somehow succeeds in making the fantastic mundane in a charming and engaging way. The book has become a perennial best seller, continually in print since then. Rien Poortvliet is a world renowned artist with several other similarly illustrated books

Shortly after the publication of Gnomes, two other artists Brian Froud and Alan Lee (yes the great concept artist for the Lord of the Rings films) joined forces to illustrate Faeries, a book that is similar to Gnomes but with even more exposition. Brian Froud went on to partner with Jim Henson to create The Dark Crystal and Labyrinth, and on other films. While Alan Lee was a principle concept artist on the Lord of the Rings movies who got the job because of his long career of illustrating Lord of the Rings calendars with particular respect to detail and accuracy to professor Tolkien's literature. 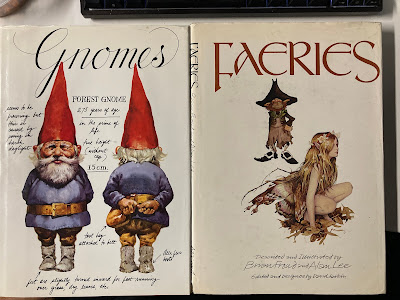 Both of these tomes should be in your fantasy literature library as a source of delight and inspiration. With all due respect to the artists of the original Monster Manual these Gnomes & Faeries books are on a wholly next level of artistry and are what I imagine a Monster Manual could have been even back in '77.

Even if TSR couldn't have afforded to publish a lavish full color manuscript of such high quality then, by the mid-80's they certainly had the resources. All of the art from the original Monster Manual had been colored, or redrawn in full color in the Monster Manual cards and those Rub-off Decals. When they rereleased the books with new covers and orange spines how much better if they'd been revised and updated with this full color art and also fix some missing things, like XP values. 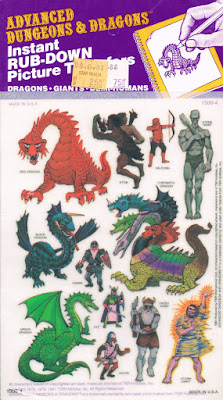 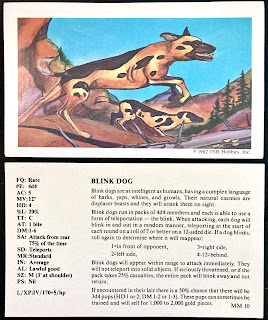 Since then there have been many creature collections clearly inspired by Gnomes. There was a series by artist extraordinaire Julek Heller such as Giants. 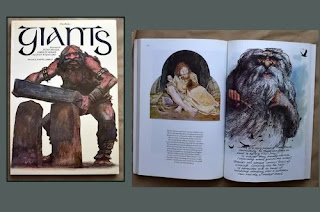 In some ways you could say the 5th edition MM is designed much this way.

Basic Character Sheet - With a Bit of Norse

Inspired by the best and most iconic character sheet TSR ever made, here is a version with Norse patterns and very slight adjustments for that modern old-school play. 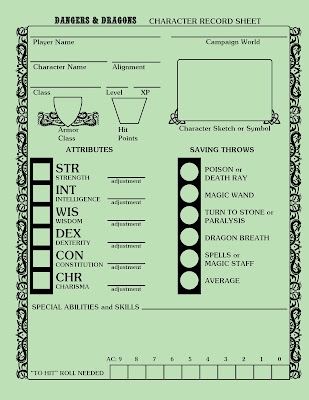 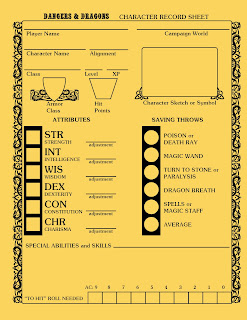 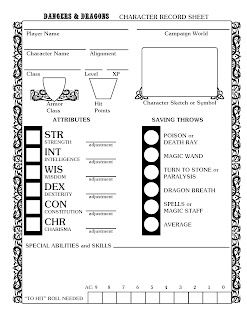 Under Saving Throws the "Average" field is to make the sheet compatible with Swords & Wizardry's single Save system. You can average the numbers together for a single stat. I talked a bit more about Saving Throws here: https://dungeoneering.blogspot.com/2021/08/potrp-design-diary-25.html
No comments: