If you read Savage Sword of Conan in the 70's and 80's, and if you read this blog you probably did, then you marveled at the spectacular ink work of Tony DeZuniga. He is probably best known for his art on Jonah Hex. He was part of the "Philippine invasion" into comics back in the early 70's along with other great Filipino artists like Rudy Nebres and Alex Nino, among others.

I got to meet Tony at Comic Con a few years back. He was such a nice guy, he invited my wife and I to visit him at his family owned coffee shop in Stockton CA. We bought his sketchbook and had it signed. I still marvel at his tremendous draftsmanship.

I'd heard a few weeks ago that he was hospitalized, and just learned he passed away. I respect him for his talent and his kindness and wish his family well.

With the proverbial time machine - if I could go back in time and be involved in the art direction for D&D he is definitely an artist I would have commissioned. 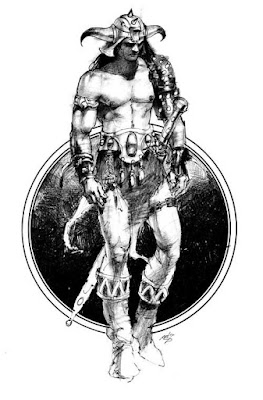 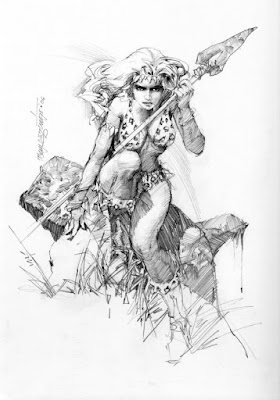 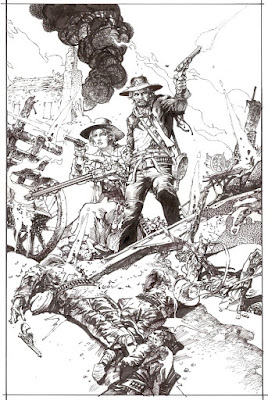 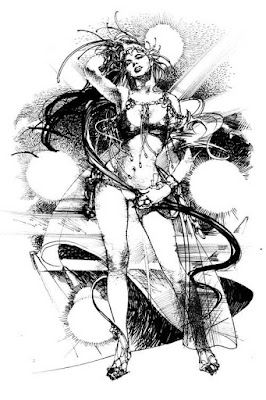 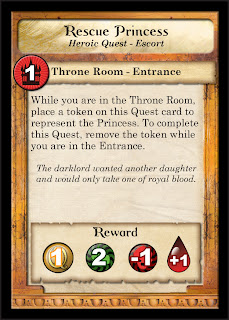 In the original Dungeoneer each completed Quest gained your hero a level. Each level was a significant increase in power.
In World of Dungeoneer Quests give you Quest Points. These Quest points required are the level you gain for your completed Quests. For example level 2 only requires 2 Quest points, while to go from 2 to 3 requires 3 Quest points. This greatly evens the game out between level 1 and level 2 characters. Also harder Quests can give more Quest points, while easy Quests only give 1 point.
Also, you see the card frame for Quest cards has changed a lot.
2 comments:

Hind Legs of the Displacer Beast 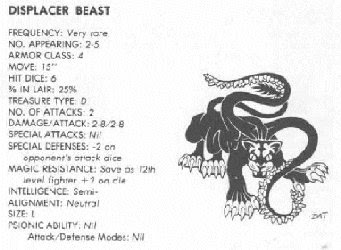 Dave Trampier is my favorite of the early D&D artists. I always loved this illustration, but the hind legs confused me.
9 comments:

Dave Arneson, the real wizard behind D&D, had an extensive game collection. It is now going up for auction.
http://www.thecollectorstrove.com/site-news/2012/4/29/the-big-announcement.html
1 comment:

While reading some discussions about which D&D game was the bestselling it occurred to me that the edition numbers are really misleading. In fact there have been at least 25 editions of D&D in the English language alone.

D&D was conceived by some incredibly creative guys: Gygax and Arneson. And this genre defining idea was mismanaged by a series of incompetent doofuses for decades until Wizards of the Coast got a hold of it (to be clear I am talking about the doofus execs who managed TSR, not the hardworking designers). The game was given to a brilliant team of game designers, but I think these designers looked down their noses at the original 3 booklet set. They couldn't see past it's crude presentation and terrible organization to the core of the game which had a unique and brilliant heart.

I can't blame these designers, while I've always enjoyed the original it took the release of Swords & Wizardry for me to truly -grok- the brilliance, elegance, and genius of the original white box set.
What we got in 3rd edition was an overly complicated permutation of 1st edition D&D with a hybrid of Runequest (quite understandable since the chief designer was a long time fan of Runequest). Still, it was a vast improvement over 2nd edition, and to a generation hungry for the game of their youth it was a hit. 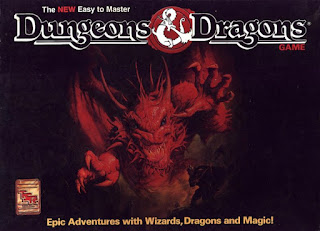 Yeah, I'm shocked too. As a geek and collector, this is one of the sets I've had zero interest in acquiring. Perhaps it was a quirk of history with the generation after the D&D cartoon era being influenced by their older brothers?

If "D&D Next" is really 26th edition return to the Original - then you can bet I'll be buying a copy and getting all my friends to play.

If it is another ill conceived piece of marketing dung in the vein of 4th you can bet I won't waste my time.

BTW. I don't think I've ever even seen this version anywhere, ever. 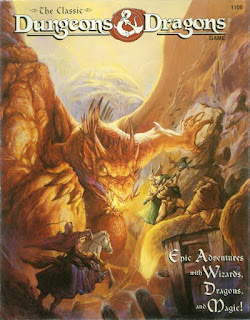