Warriors of the Red Planet beta was pretty complete and only really needed more art and a better map. Yeah, some editing and more playtesting is always a good thing, and its gotten that. But it was crying out for more princesses! Not of the fairy tale kind, but Space Princesses of course!
These princesses will carry a blaster into battle with you, help rally a nation against the green hordes, and inspire warriors like John Carter to the ends of Barsoom and back in search of her. So I've been drawing lots of princesses to fill the book with, and here is a small sampling of some of the daring ladies. Not all of them are nice, some will just as soon gut you with their blade or poison you in the dark. Some of them may not even be princesses at all, but are just wearing an illusion to lure you to your doom! 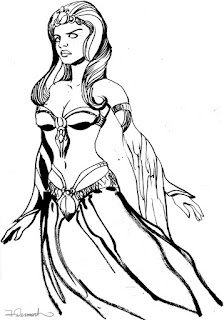 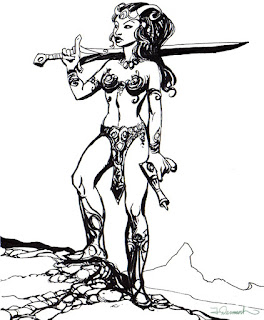 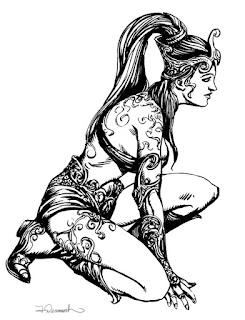 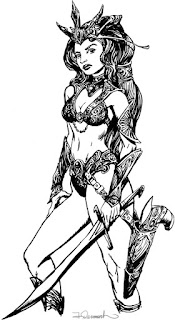 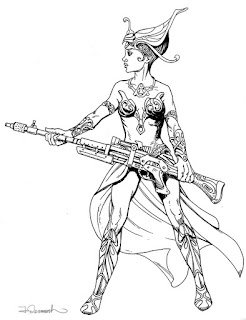 A little Warriors of the Red Planet update.
A while back I mentioned making some refinements to the map of Mars included in WotRP and then releasing the PDF. Well, as I revisited the book one of the things outstanding that it really needed was more art. Particularly for the creatures section. So I started doing a few new drawings, and then more, and then even more. Eventually I set a goal of having about 1 illustration per spread (2 pages), or more if possible. Art takes time, and has delayed the PDF a bit longer.
While illustrating the creatures it stood out just how strange creatures in WotRP are! They're pretty fun to draw. When will all this be done? At the rate I've been going it should be this month. Also there is all the feedback to incorporate that  I've gotten from players to improve the text (mostly subtle stuff, the Beta is a pretty solid book). In the meantime enjoy this preview. 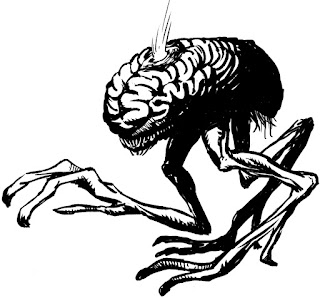 Id Mangler
AC: 5 [15]
HD: 4+4
Atk: 3 talons
Dmg: 1d6 each
Save: F4
Move: 120’
These bizarre entities appear as pulsing, pink brains tottering around on three taloned, birdlike legs. A blowhole at the top of the creature emits small jets of pink, fetid steam when it walks. It tries to incapacitate its victims with its talons before feasting on their personalities and memories.
No comments: