News of the Dungeoneer RPG trickles out slower than molasses in winter. I do try, at the very least, to post something once per month here.

Most of the cards I have previewed have been for Hero players. In this installment I wanted to preview a card for Dungeonlords. This is a particularly nasty one that your players really will not be happy to see come into play. A tad expensive at 5 Peril, it more than makes up for its cost if you have multiple Demons in play, especially against a band of snotty Heroes who think because they are now "epic" level that few challenges can withstand their awesomness. 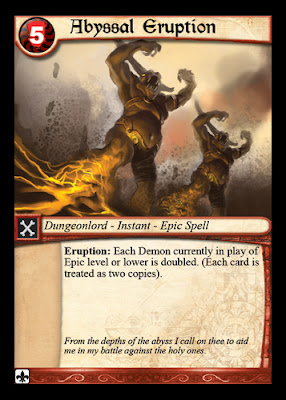 Note that cards are subject to change from now until publication. But this one has proven to be pretty solid in gameplay, though a tad limited since it only works for demons currently.
3 comments:

In my youth I thought the alignment system in AD&D, with its vaguely pseudo-Judeo-Christian viewpoint, was a brilliant summary of morals and ethics in a systematic way. Of course adulthood has a way of wiping away the simplistic views of youth as you learn how complicated morals and ethics (philosophy) really is. Also, in college my philosophy professor was a Zen Buddhist. Talk about adding a twist to the whole question of philosophy!

One of the things held against basic D&D was that it's alignment system was too simple (and of course that race-as-class wasn't as cool as race + class).

But now I appreciate the elegance of original D&D and the general line of "basic" D&D. I think one of the best things it had going for it was that the management at TSR didn't pay much attention to it, so Frank Mentzer and co. were allowed to go their own creative way. And I really like how it pays homage to the original set. Still I like to ponder how to improve the alignment system, as unrealistic as it may be.

One approach I am mildly fond of is Palladium where different alignments are given specific names. It adds flavor: Principled, Anarchist, Diabolic, etc. With that in mind, and in the spirit of Gygaxian systematization here is another way to look at alignment. 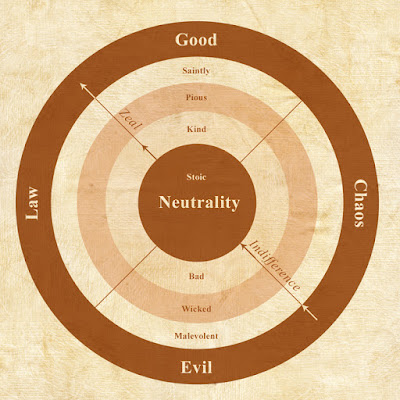 Now, I don't know if this is a really good idea to add to your game. It is only a thought, but an interesting one I think.
4 comments:

One of my favorite paragraphs in the original edition is this little gem in Vol 3 about Other Worlds:

There should be no "natural laws" which are certain. Space could be passable because it is filled with breathable air. On the other hand the stars could be tiny lights only a few hundred miles away. Some areas of land could be gates into other worlds, dimensions, times, or whatever. Mars is given in these rules, but some other fantastic world or setting could be equally as possible. This function is up to the referee, and what he wishes to do with it is necessarily limited by his other campaign work. However, this factor can be gradually added, so that no sudden burden will be placed upon the referee.

One of the things I lament about AD&D is the way it codified what the Dimensions were. I mean I love the concept for a specific campaign world, but rather than every campaign world being unique, the infinite Prime Material planes in AD&D suggested that every world must fit within the Gygaxian concordance. You can see in the original edition there was a much more free wheeling spirit to the whole concept of worlds, cosmos, and other dimensions. This single paragraph inspires me perhaps more than any other in the original booklets.

I enjoy collecting images that inspire ideas for other cosmos ideal for a fantasy campaign: 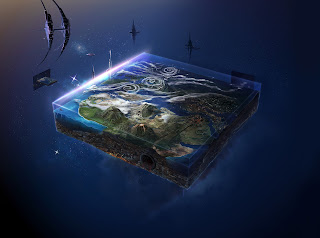 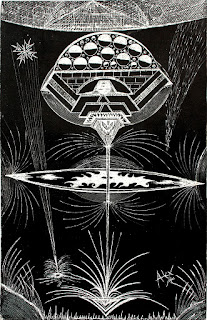 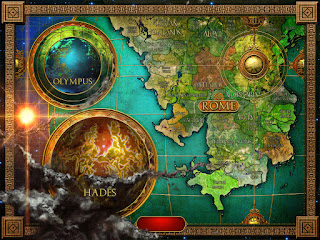 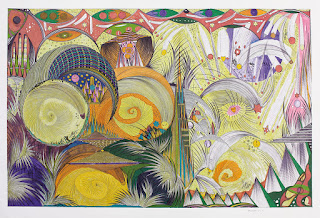 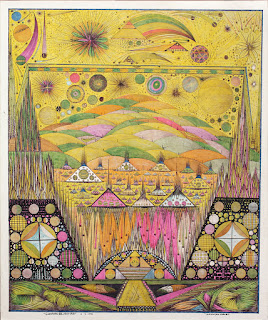