I've been practicing my fantasy map drawing skills in a sort of "Tolkienesque" style for upcoming projects (including Hawkmoor and Graymoor among others).

For the names I used a little technique that I had a whole post planned for about using Google translate for generating your own fantasy language, but as I was writing it out I realized there wasn't really enough there for a full post. Basically just choose a language on Google Translate you think sounds interesting and appropriate for your world and type in the English word you want translated and taduh! You have a language to use for your fantasy world. Tweak a few of the consonants and vowels if you like.

What I did here was chose Icelandic and just typed in things like "Mountain Peaks" and "Water Port" to get names for my map. Sounds so Viking! 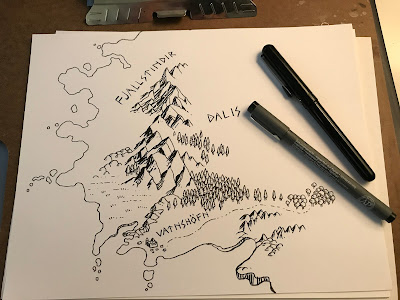 A new playable character class for your DND game. 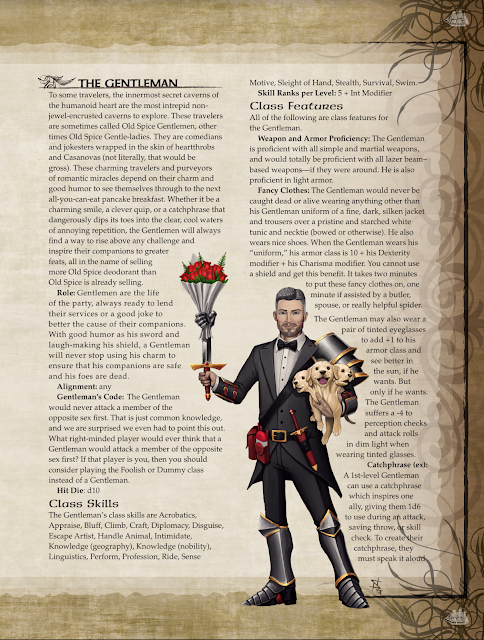 Brought to you by Old Spice.