This is a great website that provides audio enhancements for your gaming. 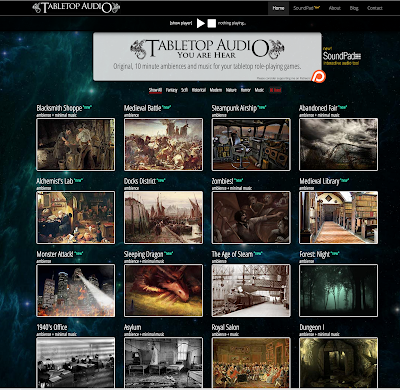 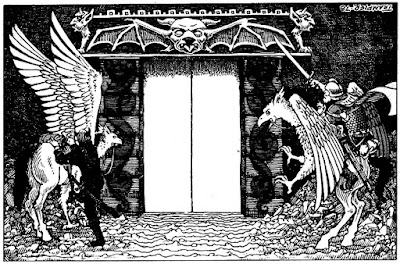 Back of the Hall of the Fire Giant King module.
No comments:

While the cover of the Player's Handbook and the illustration of Emirikol the Chaotic get all the glory as Dave Trampier's best work, this one from the original DM's Screen has always been a personal favorite. 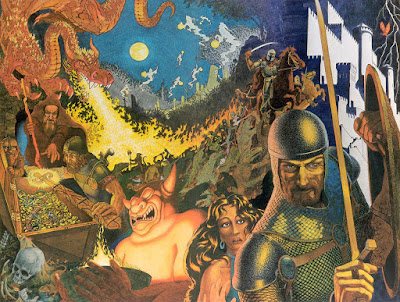 This is a truly epic montage of classic D&D elements.
3 comments:

I always liked this guy and I think Timothy Truman did a great job on this drawing. 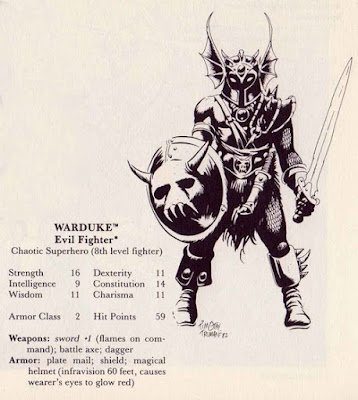 There have been some interesting interpretations of Warduke over the years. 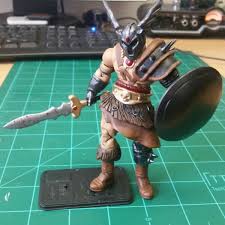 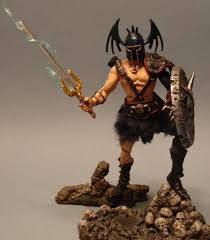 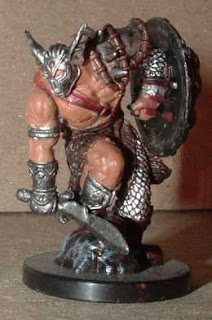 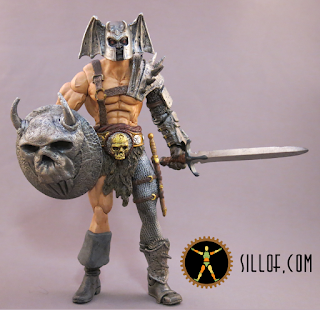 And of course the toys based on the Dungeons & Dragons cartoon: 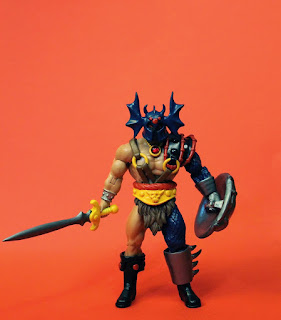 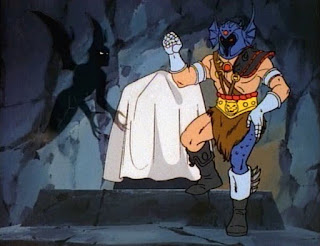 It always seemed to me that this classic painting by Frazetta was in some way an inspiration for Warduke. 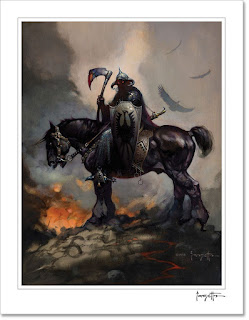 Here is cool post on pariedolia that goes into more detail.
6 comments:

It can't be all fun and games and cool super powers. What would a super hero be without some serious issues in life to deal with? Also, Issues help to balance out characters a bit. The goal here was not to do a comprehensive "disadvantages" system like in games like GURPS. This is in keeping with the spirit of the original edition with a succinct yet satisfying list of negatives that work against the character.

ISSUES
Heroes may suffer from various mundane but troubling issues that confound their existence as much or more than their super powers. Should a character be able to overcome a limit in play the Referee may allow this as a reward for their cleverness, or alternatively eventually replace it with another issue (if overcoming it was too easy). Assign the specified number from the Origins Table. Pick issues or roll d12 on the table below in the correct column to determine the issue. Mutants always take Bad Press as their first issue.

Example Issue:
Bad Press: One or more major media outlets are on a crusade to destroy the character’s reputation with the public. A hero will have to work extra hard to avoid being smeared a villain, and a villain either is mocked and belittled, or alternatively finds the media urging the authorities and heroes to make their apprehension priority number one.
1 comment: