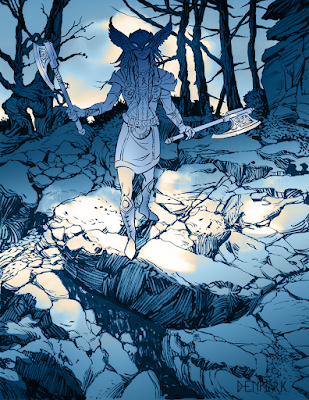 A Princess of the Red Planet Design Diary #24

Here is the map of Bonita work in progress. Interesting trivia, the saloon here is where Billy the Kid killed his first man. Just 4 miles from this is Ft. Grant where ERB was stationed during the Apache Wars.

This map is for the chapter "On the Arizona Hills". Fleshing out the region for the GM to use as a backdrop for the campaign. 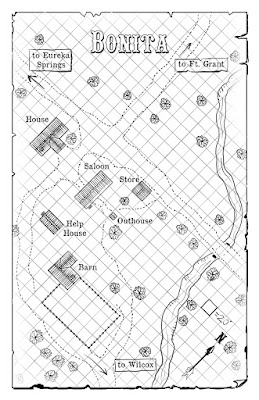 A Princess of the Red Planet Design Diary #23

On my schedule Gunslinger was to be finished earlier this year. Schedule schmedule. Gunslinger is Chapter 0 of Princess of the Red Planet, and beginnings are a very delicate time.

You see, the name of the adventure has changed to Princess of the Red Planet. This aligns it with the name of the roleplaying game, and further differentiates it from the source material. No worries, it is still a faithful adaptation, but it is also a whole lot more. It has to be in order to provide enough variety for an adventuring party to have a campaign in. Possibly lasting years worth of gaming.

To get back to Gunslinger, here is a rough checklist of what remains to be done:

Strange Science chapter. It's about 50% done.

Art. I've been keeping a sketchbook open as I watch westerns and doodling cowboys, natives, towns, and scenes in it. The style is intentionally very sketchy for two reasons, mainly that it conveys action and also it takes less time to draw. As this is sort of a prelude I don't want to get hung up on art (like I did with the original WotRP).

Introductory adventures: as you can see by the map list I have a few ideas for some basic adventures to include. They may not all be necessary. We really only need the Cave and maybe a town and an Apache camp.

Gunslinger is currently 26,379 words. Way more than I was expecting to write.

This is the first time I've written a full RPG from scratch in quite a while. I could have taken the easy route and used Matt Finch's excellent free S&W doc like so many retroclones do. But I wanted a specific flavor and to borrow a few things I've been using in my own games since 5th edition came out.

The Princess of the Red Planet adventure itself is coming together as a multifarious book with cities, dungeons, ships, NPC's, creatures and a host of other parts. The outline is done, the foundation is laid, each chapter is being fleshed out a little at a time.  More on that in the next Design Diary.

Some pages from my Gunslinger sketchbook: 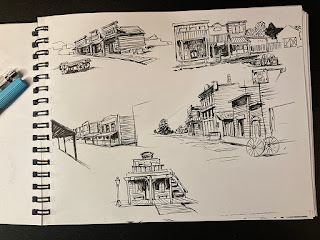 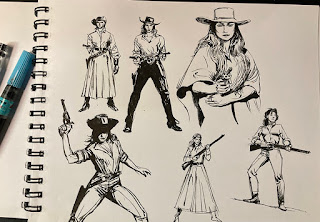 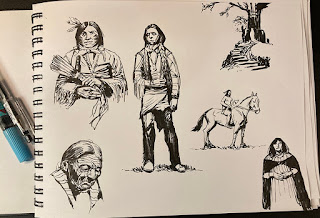 Magic the Dungeons and Dragons Gathering

I haven't played Magic in years. I've probably mentioned before (several times even) that my infatuation with the game was short lived. When I played I got really into it for about 6 months. Obsessively so. Then one day I caught myself spending $90 on a rare card for my deck and said wait a minute, this is insane. I quit cold turkey.

I still admire the art, they have a huge art budget and have supported some of the greatest fantasy art talent in the history of illustration. It is really remarkable when you look at the quality of art now compared to the early 90's. As a working illustrator it can be both inspiring and intimidating.

As I only occasionally pay attention these days to new M:tG sets, this one really caught my eye! Do the cards really look like this? If so I will be sorely tempted to buy some packs. Maybe even, heaven forbid, play a game or two. 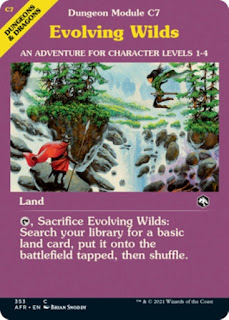 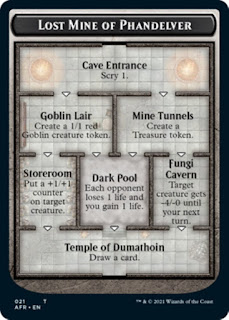 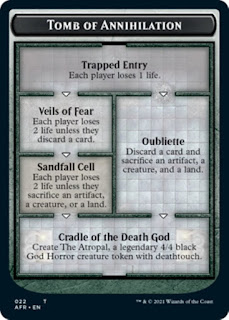 Update: artists are starting to drop more preview card images and I gotta say, they look amazing. This one by DiTerlizzi. 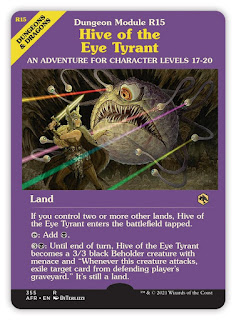 Obviously inspired by this classic cover: 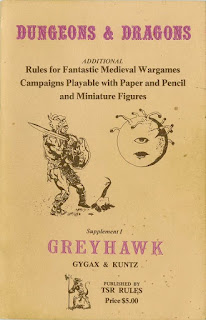 The new Dune roleplaying game by Modiphiüs Entertainment arrived on my doorstep today. I'm really looking forward to the new movie by Denis Villeneuve and have high hopes as all the reports so far have been very positive. Though if I've learned anything about movies is not to get your hopes too high!

Likewise I've been following the development of the Dune roleplaying game. My expectations are considerably lower because I admit to not being the hugest fan of the 2d20 system. My experience with their John Carter RPG was less than spectacular. However the miniatures were well done. The Dune RPG appears to be much better, take a look at the unboxing video and see what you think.