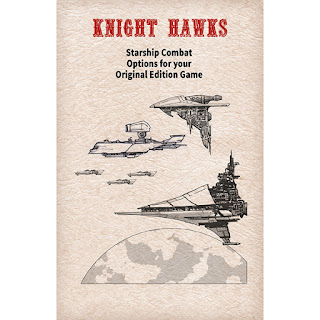 A tad late with this one, but Knight Hawks has been set to Available for General Audience on Lulu. There is a Black Friday 25% sale going on today so you can get it for a good price. You can see a preview of what the book looks like inside here.

The DUNE RPG for Sale 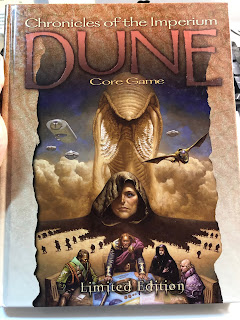 I'm selling my near mint copy of the DUNE ROLEPLAYING GAME. Yes, the one and only super rare hard to find official Dune RPG. 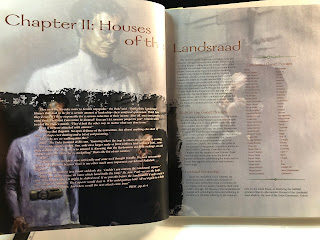 With the new Dune movie well into production I pulled this book out of storage to reread it. It is a really well done book for it's day. Gorgeous art and layout. Well written. The ICON system by Last Unicorn Games was well designed. My gaming group played a lot of their Star Trek RPG, but we never got a Dune game going. So I only got to read it and imagine how fun it would be to play. 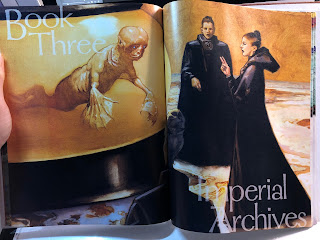 It is a great relic for any Dune fan, and rarely comes up for auction. If you are interested check it out: 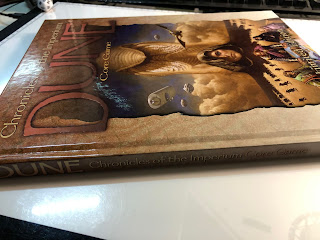 Some blogs I've been reading this week. These come via a dive into J. Eric Holmes epic Blue Book Basic D&D the first and original "retro-clone". This week's adventure started with watching Capt. Corajus' RPG Retro Review of Tower of Zenopus, which led me to hunting down map revisions of the Tower and wandered across several excellent blogs. These aren't all necessarily focused on Holmes' Basic, they just happened to be what I stumbled across.

And of course the boss daddy of Holmes' Basic:
http://zenopusarchives.blogspot.com/

Lara Parsifal Sierra, known as the Bionic Blade is a cybernetically enhanced human.

She was a top research scientist for the Mintal Corporation researching prosthetic limbs when a terrorist attack blew up the facility she was in. She was found barely alive, her colleagues used their advanced tech to rebuild her body and save her life.

Once she uncovered corruption in Mintal as they were manufacturing weapons for nefarious groups around the world, she left to do her own private research. She uses her advanced knowledge of robotics, electronics, and engineering to make the most advanced prosthetics in the world which she uses on herself to fight corporate corruption and crime. 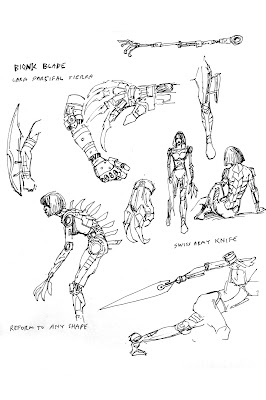 This is a new feature where once a week or so a new NPC for the Guardians Super Hero RPG is described.
No comments:

Some blogs I've been reading over the past week:

Akratic Wizardry
I like the terse and to-the-point posts the author (who goes by Akrasia) makes. It's a good mixture of pulpy fantasy old school goodness. He also has an excellent collection of Swords & Wizardry house rules: https://akraticwizardry.blogspot.com/2009/07/swords-sorcery-house-rules-index.html

OSR News
An oldie, but a goodie, keep up to date on the latest products being released on DriveThruRPG with some slightly snarky commentary, which I enjoy immensely.

The Metal Earth
A sword and planet Mars themed blog. A genre that is near and dear to me, as you may know. Check out the B/X Mars RPG while you're at it.

Vintage RPG
If you're into Pendragon, and I am, this blog is for you. Alright, I know it's Tumblr. But as an artist I really like Tumblr, yes it can be annoying if you just want to read. Why read when you can look at pictures though? Hardy har (it does have plenty of text).

The 9 and 30 Kingdoms
Because you can never have too many geomorphs and tutorials how to make them. There is also a lot of nice little OSR oriented tidbits to enjoy and coop for your own games.

And here's a really light and fun one:
Dungeons and Drawings
Fantastic silly drawings of old DnD monsters you know and love. Simplified and brimming with personality.
No comments: