So, why do I enjoy Dungeoneer?
Let’s see. It’s a simple card game. Easy to carry around, set up and play. It handles well with 2-4 players and maintains a certain degree of ‘evilness’ in that you have to play Peril cards at other players. You get to level your character up. Get loot, kill monsters. In short, it has all the things that most hack and slash players would want in a game.

The dreary reviews and terrible marketing have done a convincing job of making John Carter sound like an awful movie.

Maybe by going in with such low expectations it helped, but I thoroughly enjoyed the film. It was filled with great action, spectacular effects, enough of the integrity of the original story, and had compelling enough characters to be worth the ticket price and then some. By pulling in elements from Gods of Mars and Warrior of Mars it helped tie together the episodic nature of A Princess of Mars, which was a compilation of a serial that ran in pulp magazine The All Story way back in 1912.

We could quibble about what was left out and what is added, but the movie felt complete, most of the plot holes filled (no doubt astute observers will still find many), and most of the key sequences from the novel remained mostly in tact. In particular John Carter's advent on Mars was spot on to the book (except that he was clothed).

Having seen this movie it is even more remarkable to me how badly managed the marketing was. You would get the impression that this movie is about a super-human battling monsters in an arena, ala jedis in Attack of the Clones. Nothing could be further from the truth, the arena scene comes in quite late, and serves to propel a key plot point - unlike the senseless and emotionless arena scene in AotC. Most of the movie is heroic battles across the face of Mars, spectacular flying ships, weird science, and fantastic creatures, and above all an inter-planetary romance between the incomparable Dejah Thoris and the heroic cavalryman John Carter.

The book ends of the movie, with Edgar Rice Burroughs as John Carter's beloved nephew, is such a nice touch and so well handled that it all helps ground this really quite ridiculous but fun and engaging story.

Here are some scenes I feel better reflect the movie, none of those arena shots should have ever appeared in any primary marketing shots. 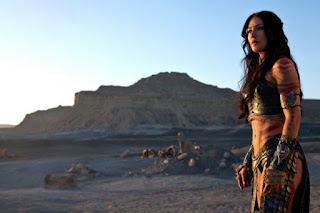 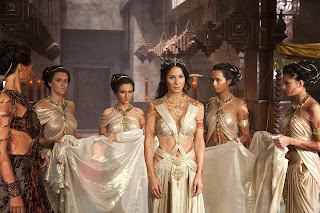 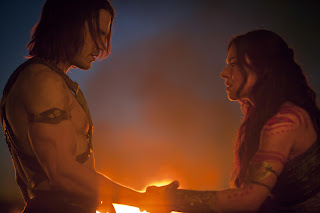 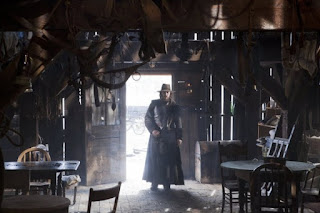 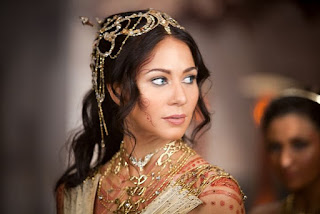 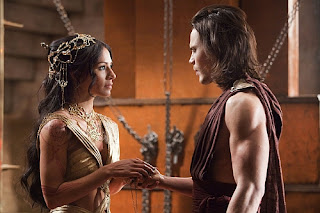 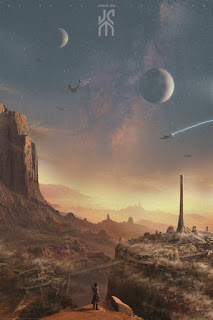