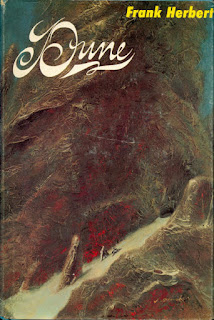 Considered to be the greatest science fiction novel ever written, Dune has been put on film a couple of different times. Most notoriously by David Lynch in 1984 which bombed at the box office but has collected a following over the years. And a Syfi channel version that was more true to the book, yet to me was far less watchable.

Now a new major motion picture is reported as being in development:
http://www.hollywoodreporter.com/heat-vision/dune-movie-denis-villeneuve-talks-direct-958393 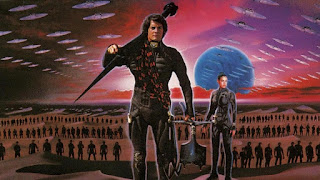 This makes me think of the ill fated Dune RPG that was published years ago by Last Unicorn Games. I was at Gen Con the year it was released, I remember a wall of these books at the Wizards of the Coast booth. They had a 1 book per customer rule, but I don't think anyone was actually enforcing it. Now that book goes for hundreds of dollars on eBay. I wish I'd bought a dozen of them! 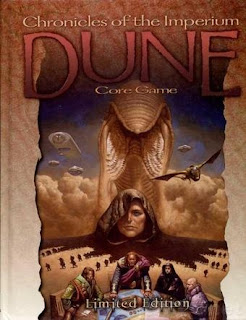 When the Dune RPG was announced all those years ago it was also supposed to have this supplement; Pathways to Infinity. Was this ever published? Has anyone ever seen it?

I'd love to see a revival of Dune as an IP with lots of supporting material like video games, tabletop games, movies, and TV shows. It's one of my favorite book series, and as much as Robert Heinlein's Starship Troopers inspired Colonial Troopers, I couldn't help but have some Dune influences in it. I'd especially like to see God Emperor of Dune as a movie, this is probably my favorite piece of Dune art! 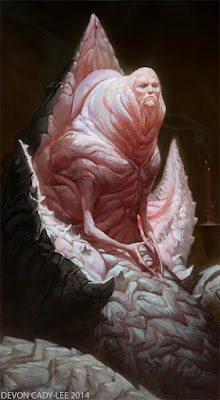