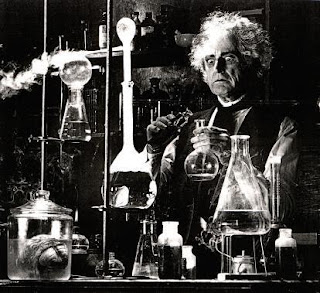 Finding the right mix of player classes has proven to be one of the biggest challenges in designing Raiders. It isn't just a collection of random character types from the period, but classes that specifically work well together to maximize enjoyment at the gaming table. Players naturally gravitate to certain types. I personally find myself always picking that outlier class that no one else does, but that I think will help the party. For example a druid if I think outdoor survival is going to be an important part of the adventures. So that means providing the core classes you'd expect like a Treasure Hunter and Mercenary, but also some interesting other options.
The current mix of classes we are playtesting include a Scientist. Players of Warriors of the Red Planet will recognize this class. They are exceptionally useful in the time period, having a similar role as a magic-wielder does in traditional fantasy roleplaying games. My only concern is that it isn't 100% in fitting with the genre, its a little bit wacky and weird because it clearly falls under the category of "mad scientist", and that may not be what I want the game to evoke.
With that being said, here is the current state of the scientist class, and will likely be very close to the final printed form (if this class makes the final cut). 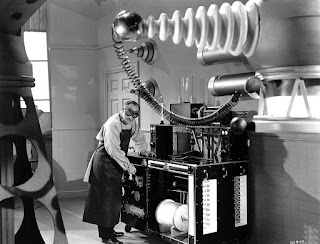 Scientist
Scientists rely on their high intelligence and extensive schooling, their brilliance in their chosen fields and the strange devices they can invent. They may be elderly scholars or two-fisted adventurers, absent-minded professors or grease-soaked engineers. Most scientists that would go on fool's-errand adventures are considered crackpots, or if particularly brilliant may be called a mad scientist. Their motivation may be to expand the frontiers of knowledge, but they may also be seeking validation. 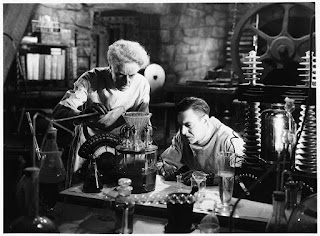 Gadgets: Each Scientist possesses a suite of instruments, devices, and weapons, collectively known as Gadgets. The Scientist adds a new device to this suite each time he or she gains a level. A Scientist with an Intelligence of 13 or higher starts out with one additional 1st-level Gadget. Scientists may fill these slots with Gadgets acquired in play (from treasure troves or other scientists), but cannot have more Gadgets than slots.
Gadgets require power to operate. Unless otherwise noted in the Gadget’s description, each Gadget may be used once per day, and must be recharged before it will function again. Each Scientist possesses a portable power source (pack, battery, solar array, etc.) that will recharge any Gadget the Scientist possesses, once every 24 hours.
Lost or destroyed Gadgets may be replaced at a cost of $100 per level of the Gadget, while lost or destroyed power packs may be replaced at a cost of $100 per level of the Scientist.
A Scientist may use another Scientist’s Gadget (including any Gadgets that might be found in a trove) for a cost of two power pack charges, providing they are able to figure out how to use it (ST modified by Intelligence: Basic Ability Modifier).
A Scientist with high Intelligence may apply his or her Basic Ability Modifier to a Gadget that requires an attack or damage roll.
At higher levels, when a Scientist gets a higher level Gadget that is basically an improved version of a Gadget they already have, Referees may choose to allow them to swap out the inferior Gadget for another of the same level. 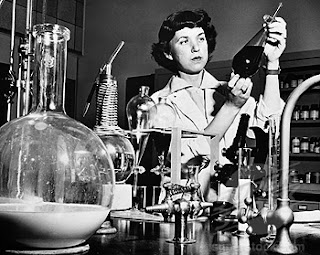 Next preview I'll show off some of these gadgets that have been designed for the game!