I've seen Star Wars: Rogue One twice now, and it has reignited my love of Star Wars much more so than The Force Awakens did. It makes me want to take the White Star RPG and add the cool stuff from Rogue One and run a game!

If you haven't seen it yet what are you waiting for? It's terrific and really feels like the Star Wars you know and love. It fits seamlessly with the original A New Hope. I'm going to list some things I liked, and a few things I didn't. So if you don't like spoilers this post might not be for you. 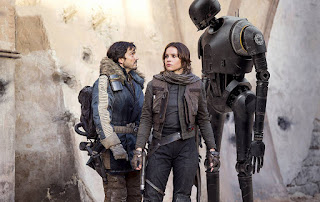 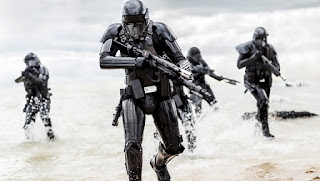 
Didn't Like
Soundtrack (really, it was terrible and didn't fit the tone of the movie at all. It was so off in places and weird)
Some of the CG shots of Tarkin (though most were brilliant)
Something about the CG of Leia (yet I still loved her cameo)
No opening crawl (I get they want to break away from that format and differentiate from the Saga films, but this intro didn't work at all)

Overall I give it 9 out of 10 stars. It ranks in the top 4 of all the Star Wars films (I'm not yet ready to rank it above Return of the Jedi, and it's definitely not as good as The Empire Strikes back - though its close)

If you're curious this is how I rank the Star Wars films:


Ok, I'm kidding about The Force Awakens, but only a little. It's actually #7. At least the Holiday Special wasn't pretending to be something it wasn't.