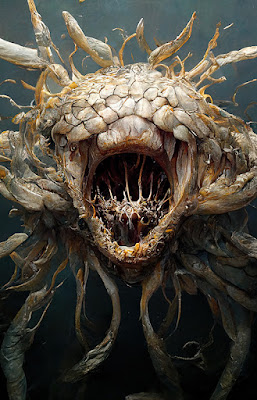 Replace tongue: target infected must Save vs poison or the louse lodges itself on the target’s tongue.

The eggs of this louse can be found in barrels of low quality old ale, musty water in dungeons, or in witch’s brews. It infects its host by being consumed when it is but a tiny egg. It attaches to the tongue and slowly devours it, replacing the tongue. This takes 2-7 weeks and is relatively painless because the louse secretes a numbing fluid. It then has full control over its host’s verbal output. It will say inappropriate things at inopportune times and develops a distinct personality, roll on the table below.

A cure disease will remove it. Some sort of regeneration will be required to heal the tongue, the victim will be mute in the meantime.