A new OSR blog? The heyday of old-school RPG blogs has long been over, much of the discussions have moved to various social media and forums. For many of us though blogs were, and still are, the best! (well, maybe G+ was right up there until Google unceremoniously shut it down)

It isn't as often these days you see new OSR blogs pop up.

Richard Whitters was art director over at Wizards of the Coast on both the Magic: the Gathering and Dungeons and Dragons lines. I've long enjoyed his work as it was a combination of old-school aesthetic with a bit of contemporary style. Really outstanding work. He is clearly someone who's loved D&D since the early days, and it shows in his art. Check it this cool Bulette he drew: 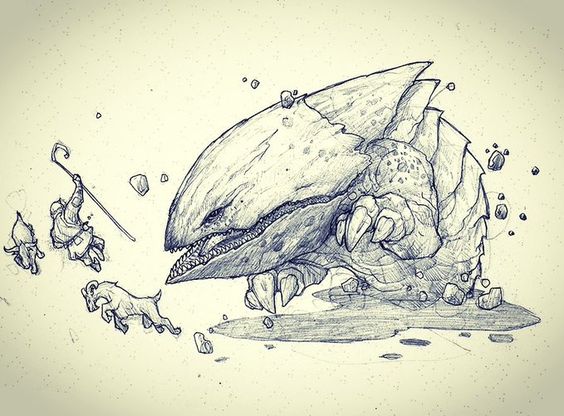 He has started a blog with fellow designer Matthew Walsh to document the development of a new OSR RPG called Ruttigers. I like this stated goal for the design: "Old School: Essentially, similar to the Classic play style, but set to hard mode, much like some of the oldest of old school games."

He's released a sneak peek of the initiative system and it is a nice streamlined method that takes advantage of the best of side-based and individual-based initiative. 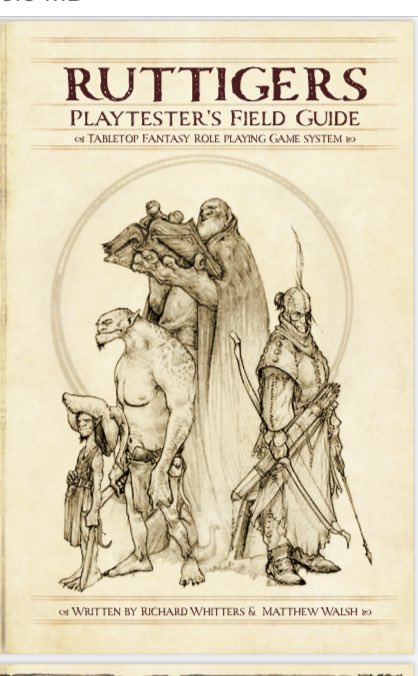