This is the part where I write some hyperbole about how wild and crazy the year was. How all these amazing things happened. Well, 2017 was actually just kind of ok. Not particularly bad, or good. I mean the news had plenty of bad to report, but as far as the OSR gaming world there wasn't anything earth shaking to me, its all been fun and games as usual.

One thing I've noticed for this blog is how much the comments section has quieted down. Hardly a peep every once in a while. I don't know if that is because the world is moving away from blogs over to social media, or I haven't written compelling enough, or controversial enough, material to warrant much discussion. Perhaps I'll start offering giveaways and special rewards to random people who post (meaningful and productive) comments.

Looking at the top posts of 2017 there was some interesting and entertaining entries that are worth taking a second look at.


5. Three-Volume Rules Cyclopedia
News to many of us, this find on eBay of a unique 3-Volume Rules Cyclopedia that was only published in Japan stirred some interest. The art gave it such a different flavor than any edition published in the USA. How cool if it had been published in English as well? TSR was just too conservative I think, which is partly why it went under. Completely tone deaf to it's customers.
https://originaleditionfantasy.blogspot.com/2017/08/3-volume-rules-cyclopedia.html 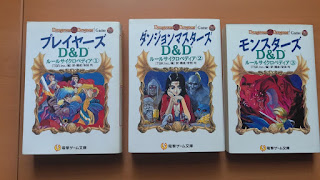 4. Beastie of the Week: Colonel Redcap
Of all the Beasties of the Week I've posted why has this one gotten the most hits? Are there that many gnome lovers out there? I guess the idea of battle gnomes does have a certain appeal to it. Maybe the contrast between peaceful gnomes and war is interesting.
http://originaleditionfantasy.blogspot.com/2017/04/beastie-of-week-colonel-redcap-battle.html 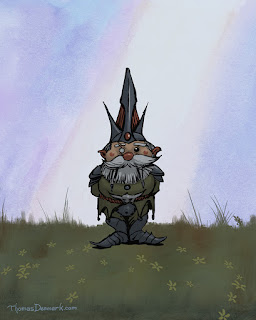 3. Gen-Con 50
Not too much of a surprise. For those who couldn't make it to Gen Con 50 it was probably a treat to see the retrospective. Seeing the original 1e Dungeon Master's Guide cover art was something I'll never forget. And that contract Dave Arneson and Gary Gygax signed for the rights to Dungeons & Dragons was interesting in how naive it was on the part of both parties, Gary in particular.
http://originaleditionfantasy.blogspot.com/2017/08/gen-con-50.html 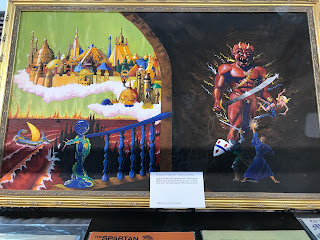 2. Alternate Red Box Cover
This was a lucky find! And wow, what a blast of nostalgia and what-could-have-been all in the same image.
http://originaleditionfantasy.blogspot.com/2017/04/alternate-red-box-cover.html 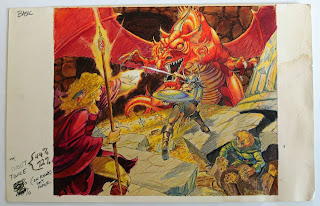 1. A Princess of Mars Adventure
And we get to the top post of 2017. A little mock cover I made as a lark. This one hit a nerve and I think a lot of ERB fans would like to see this one become a reality. I would make it, but my concern is how litigious the ERB company is known to be. I believe that the book being in public domain means it is fair to develop it into products like all the Alice in Wonderland, and Dracula, and Grimm's Fairy Tales, etc. we see made into games, animations, movies and toys. These early ERB books belong to the public and our culture now. Time to set them free.
http://originaleditionfantasy.blogspot.com/2017/10/a-princess-of-mars-adventure.html 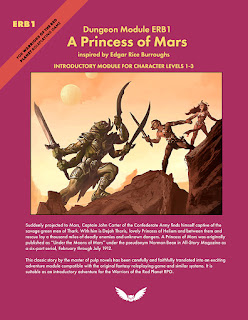 Runner Ups
Other popular posts were the free character sheets I made, which you can access through the Free Stuff tab at the top of this blog. I want to do more free downloads in 2018. Perhaps maps? Monsters? One-page dungeons/adventures? If you have any requests let me know.
Biggest miss of the year
One last item. The one book I was really hoping to finish in 2017 now doesn't look like will ever be done. It's just too much, too much variety, too much content. There's a reason magazines hire multiple writers each issue, that's basically what creating the Old School Art Book has been like. I even tried to rally the community but just got crickets. Which is a good thing, it lets me know there wasn't that much demand for it. I'm not bummed about it or anything, it came out of a comment someone made to me at a convention when they flipped through a sketchbook I was selling they said "if these drawings had stats on them I could use in my game I'd buy it." Which I thought was an interesting idea. I know even as an artist and fan of art I don't buy that many artist sketchbooks, but if it had more practical use I probably would.
http://originaleditionfantasy.blogspot.com/2017/08/what-about-that-old-school-art-book.html 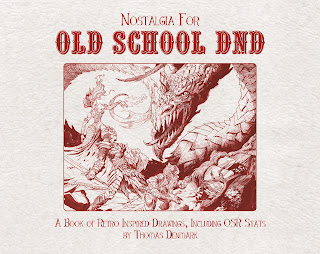 Thank you so much for those of you who regularly read this blog. It can be lonely out here in the blogosphere and you don't know if anyone is reading. And when you check your stats you wonder if it is humans or bots? Or how much of each?