Over on my other channels where I promote my artwork on Instagram and Facebook I've been posting these fun little explorations of creatures from Norse mythology. I'm creating a little alphabet book, the style is a tad more whimsical than I normally draw. I'm also experimenting with a coloring method that is similar to how the Hellboy comics are colored, with my own style added to it.

I haven't written up any gaming stats for them, but I'm considering it. Just takes time and I'm already spinning a lot of plates right now.

A is for Aptrgangr. The 'again-walker' also known as druagr are viking undead, who may have come back for vengeance, or to fulfill a pledge, or if he is a son who has disappointed his father. 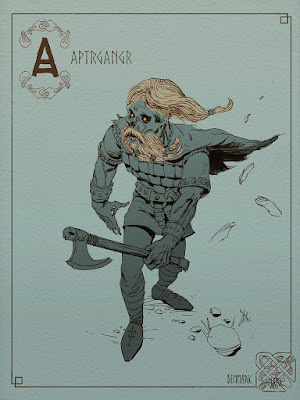 B is for Brunnmigi. In Norse mythology, a troll like being who defiles wells. It is also a kenning applied to foxes. 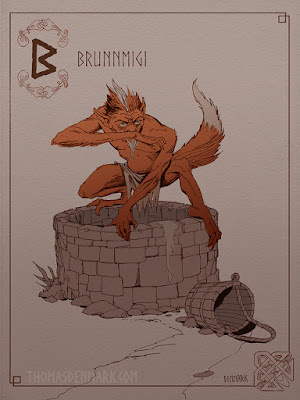 C is for Changeling. A changeling is a fairy child left in place of a human child stolen by the fairies. 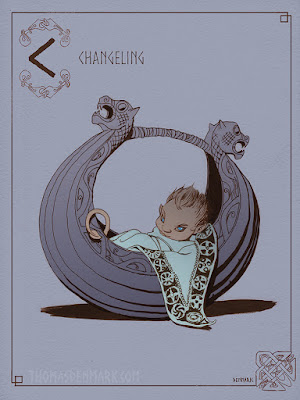