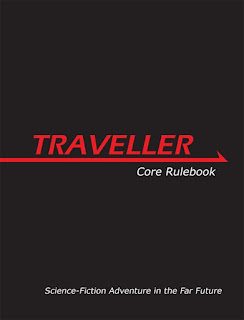 This is sad news to hear. I was always impressed with the creativity and vision of Loren Wiseman in his Traveller RPG.

Hobby game pioneer Loren Wiseman has passed away, according to a post by Munchkin Line Editor Andrew Hackard on the Steve Jackson Games forum.  Wiseman was a longtime game designer who co-founded one of the earliest hobby game companies, Game Designers’ Workshop, in 1973.  He was the co-creator of Traveller, which launched in 1977 and is still being published today.

Mongoose Publishing has printed a new edition of Traveller. Go roll up a character in honor of Loren, hopefully your character doesn't die during the creation process. http://www.mongoosepublishing.com/rpgs/traveller.html