A new director to attempt to adapt Dune to film 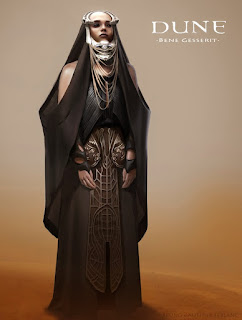 Many directors have aspired to get Dune to the theater. No one has yet succeeded. Oh, I know there have been some called Dune, but they were less than successful attempts. Denis Villeneuve director of Arrival is now signed up to try his hand at a Dune adaptation.
The only Villeneuve film I've seen is Arrival, apparently his other works are excellent. While I liked it I thought the hype was greater than the film. The story was quite cliche' to anyone who has ever read a sci-fi novel. However, what made the film good was the cinematography (by the immensely talented Bradford Young, who btw will be filming the Han Solo movie), and the outstanding directing by Villeneuve. Also the lead actress Amy Adams brought her A game as she always does.
Acting in all of the complex parts will be key to the success of a Dune film. The characters in the book are much more dimensional and multi-layered than in your typical science fiction story. All of the machinations, plots, intrigue, and tragedy that simmers together into a complex stew against the sweeping backdrop of an interstellar empire is a tall order to pack into a 2, or even 3, hour film.
My ideal would be an epic 5 movie series. I'd combine Dune Messiah and Children of Dune into a single film. While I love all the books (Dune Messiah took a long time to grow on me, it's still my least fave) God Emperor of Dune is the movie I really want to see.
The spice must flow.
(art by Bruno Gauthier LeBlanc http://inkertone.blogspot.com/2014/04/dune-concept-art.html )