Haven't posted here in a while, but I have a really good excuse. I'm beginning work on a major original edition fantasy project: an ERB Mars inspired RPG

I'm working with a fellow writer who is known in the original edition circles, and whose design work I've seen so far is very inspiring.

To kick start this here is a tiny taste of some early concept sketches I've done, which in no way represents what the final art looks like. This is just my way of "getting into" the project. 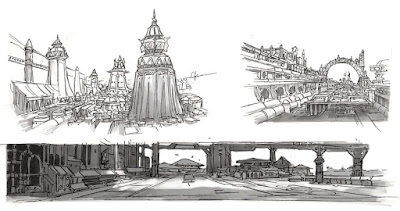 Next are some ideas for how the 9th Ray-powered flying ships could look. I wanted to get away from the Return of the Jedi skif look. These are just early sketches, I'll probably explore a variety of shapes, perhaps some sailing ships or galleons: 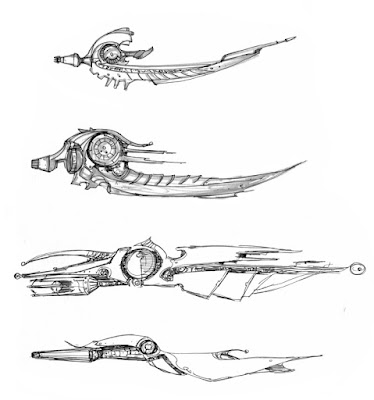 Here is a quick color treatment on another martian city sketch: 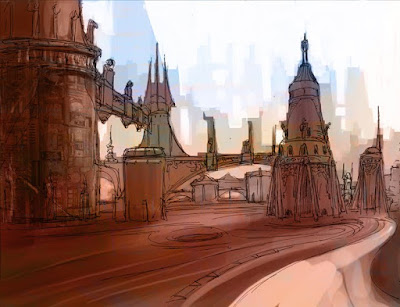