The Lost Art of Staggered Squares

In Alarums & Excursions issue 15 Gary Gygax notes "...I do not bother to place adventurers on any sort of graph if the group is three or less...more than three persons are in a party, we always require that they align themselves in a march order, the leader be in the front rank...when combat takes place we sometimes use miniatures...my favorite grid for character positions in combat is a large sheet of staggered squares covered with acetate." That is some interesting lore from way back.

I was curious what the pros and cons of staggered squares might be over a square grid or hexes and not having much luck finding a good one online I made a sheet in Photoshop and printed it out large to test at the gaming table. It has some very interesting properties. Basically it works the same as hexagonal paper, but with the straight edge alignment properties of squares. The play test went really well, and you don't have that weird move effect where you move further relatively per square diagonally on a square grid. 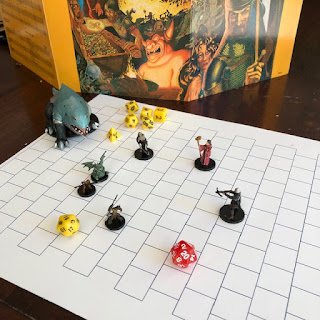 Square grids and hexagons are ubiquitous in games, but when was the last time you saw staggered squares? I first became aware of the staggered squares grid when reading a copy of TSR's first sci-fi game Star Probe and its sequel Star Empires which has a map of the galaxy on a staggered grid. 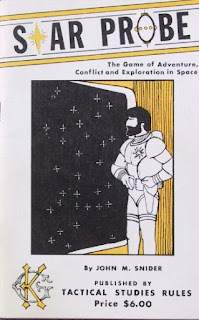 Here is the grid I made, you are welcome to have and print out to try at home: 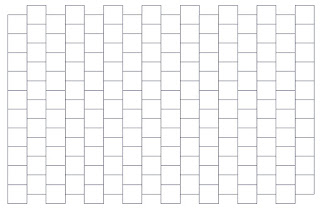