Miniatures for Colonial Troopers? And a Free Battle Mat! 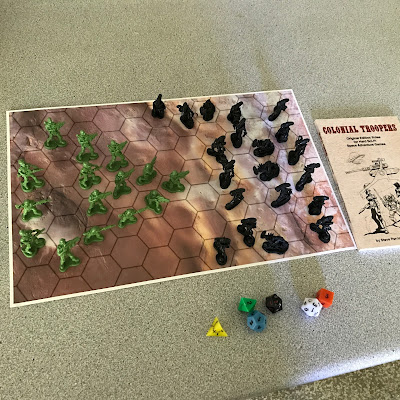 It's been a while since I talked about the little sci-fi game Colonial Troopers. A surprisingly consistent seller despite the lack of promotion. I have not forgotten this game! I'm working on a character sheet for it right now as well as an expansion book that fleshes out space combat and provides lots of encounter locales and adventure hooks. More on that later. 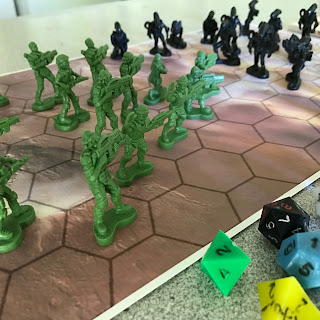 Right now Colonial Troopers is all about ground combat in powered armor against vicious aliens to protect the colonies of the great Terran Empire that are under constant siege from hostile forces. And for that it might be handy to have some miniatures for those situations you need to visualize the specific placement of the Troopers and their foes. These toys popped up in my Amazon recommended list and is a near perfect collection of figures for the game. 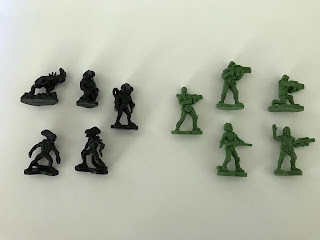 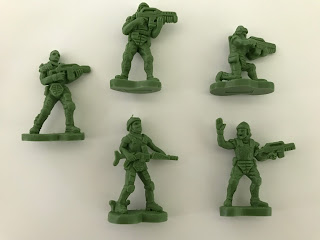 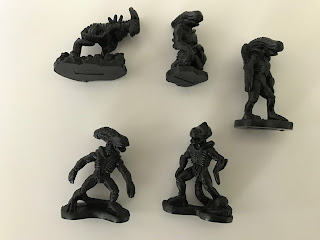 The scale isn't ideal compared to your typical RPG miniatures, they are somewhat large. I don't know the exact scale. But for the price they work great as a visualizing tool for ground combat. 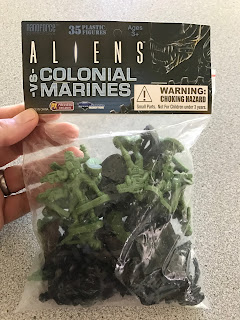 Here is the link (my sales associate link so I might get half a penny if you buy them here):http://amzn.to/2qU6023

Here is a free Battle Mat I used for these photos