Citadels of the Locust Gods

Megadungeons. Those monolithic, massive, dense labyrinths of adventure that exist to tempt characters to find untold riches or an ill fate. They are filled with horrific creatures, treacherous traps, and epic quantities of treasure. This is a work in progress of an idea for megadungeons I've been playing around with: Citadels of the Locust Gods. They swarm like locusts, flying across the darkened skies and setting down on wealthy, bountiful lands. Once on the ground they unload swarms of beasts to plunder the region, strip it and leave it barren. When their cargo holds are full, the creatures return. The citadels launch, darkening the skies once more and they move on to some other doomed land.

This megadungeon has a lot of advantages for the game master, since she can place a citadel anywhere she likes in her game world and it has appeal to a wide variety of play groups. Those that just want to plunder dungeons for treasure can dare to enter, or those with a more heroic bent that want to save the land can attempt a more ambitious cleansing of the foul den.
It is very much a work in progress, and here is a first pass on a layout for one of the levels inside a citadel. I'm not sure how many levels it should have, maybe each one is different. This version has 3. The characters have to figure out how to get to the top where the entrance is, and work they way down to the heart of the citadel, perhaps one of the locust gods is awaiting them in the bowels of this dreadful and foreboding fortress of evil. 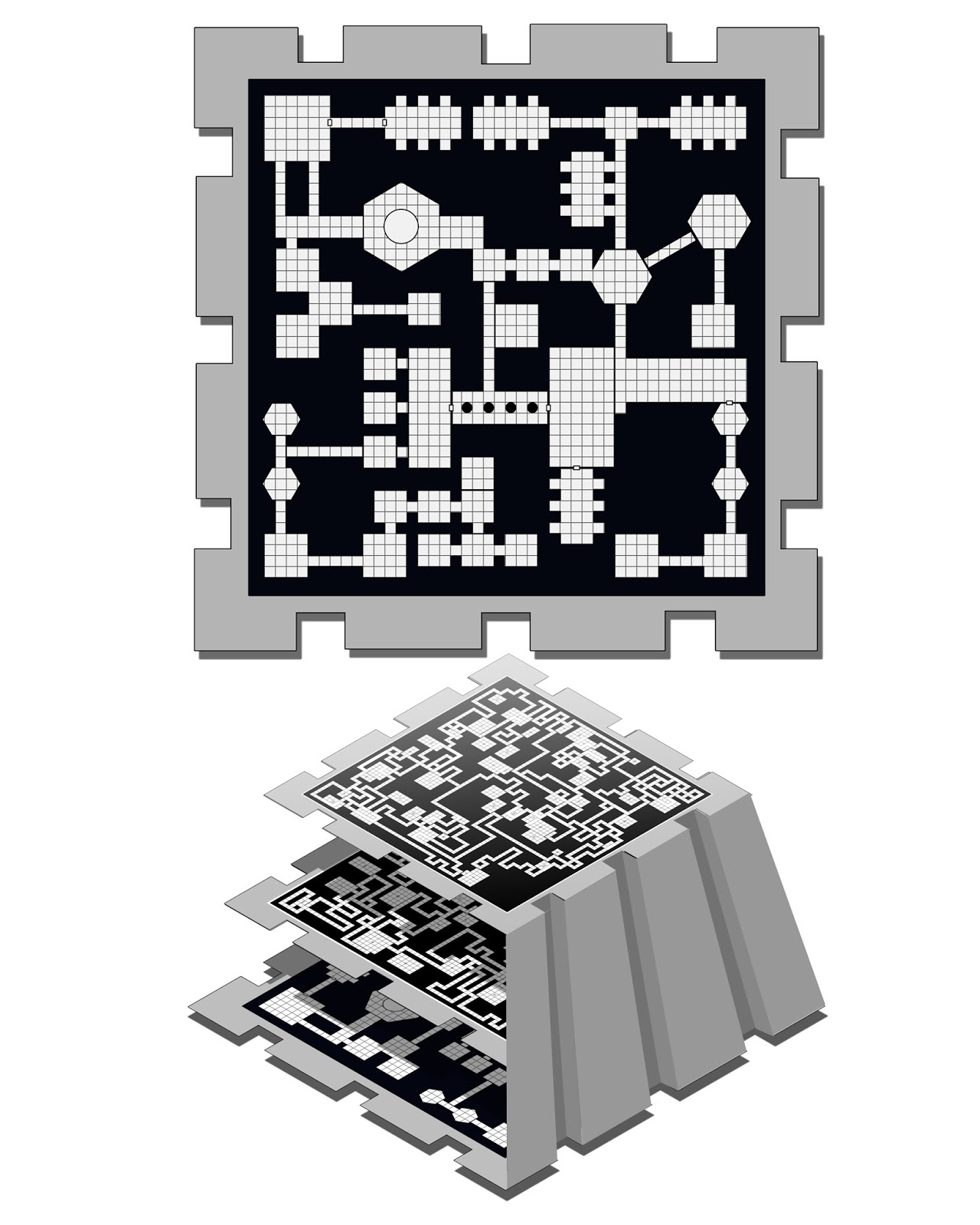 Next up I'll have some stats and an illustration for one of the locust gods. Just putting the finishing touches on it now.