From the Tarniss RPG. Describing the Dungeoneer monsters in classic OSR terms. 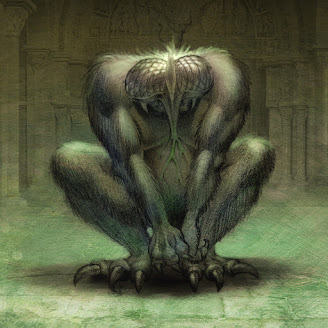 The Bug-A-Bear is a horrific monstrosity created by the corrupted wizards of Ilbor Paiden from the husks of giant beetles and carcasses of viridian bears from the Taraka mountains. They are highly territorial and constantly ravenous. There is a saying in Dolmar that is told to children when they won't mind "Beware of the Bug-a-Bear".

Here was the original sketch, this dates from around 1999. 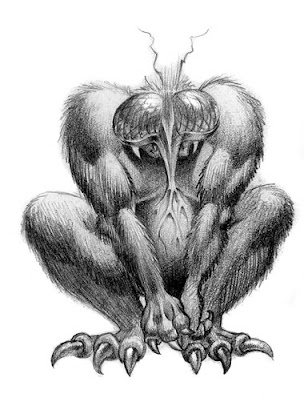