An Adventure for Guardians!

The Power of Fear 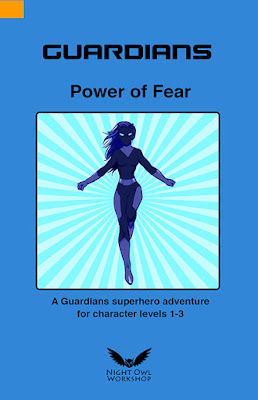 Marcus Grimwood, once known as the Teklord until he retired from superhero duties, was a genius super inventor from a family of wealthy industrialists. After tragically losing his partner, and the failure of his brilliant inventions to be accepted by the public, he concocted a scheme to create the ultimate power source. Grimwood did not realize that in his grief and frustration, he had gone stark raving mad...

The adventure takes place over several days as Grimwood unfolds his master plan to “harness the power of fear” and perform the final calibration of his Phobos Device.