There have been quite a few interpretations of the species the loyal Woola belongs to. Here I've tried to fit it in with the general aesthetic of Warriors of the Red Planet. Your interpretation might vary.

A calot is a ten legged beast about the size of a Jersey cow or small pony. It has a gaping maw filled with three rows of very sharp teeth and an ugly disposition. Its large puppy-dog like eyes would make the creature adorable except that it has a fearsome countenance, and an intimidating physical strength. Its stamina is just short of marvelous being able to travel a hundred or more miles in a day. These successful predators of the martian wastes have been domesticated by some Thark and Warhoon tribes and generally serve their masters much as dogs serve humans on Earth. 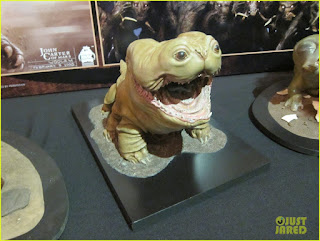 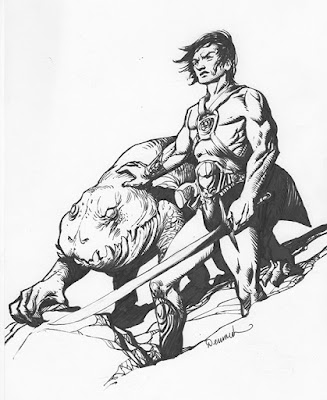