Arom, the shadowy Count of the province of Gasharakim, in western Baulephor, was known for dabbling in spells of surveillance and far seeing. He was particularly interested in the outer realms beyond the sphere of the world where alien worlds revolved in a peculiar dance around the sun. He became paranoid and was convinced a fleet of invaders would descend on Tarniss in skyships of battle and wage war on the domains. His most powerful scrying device, an enormous whirling sphere of mirrors and glass globes is said to still be intact in his great watchtower.

Arom passed away long ago, his warnings of interplanetary invaders never coming to fruition, but some of his cult still believe the Count was correct and it is only a matter of time until the invasion begins. 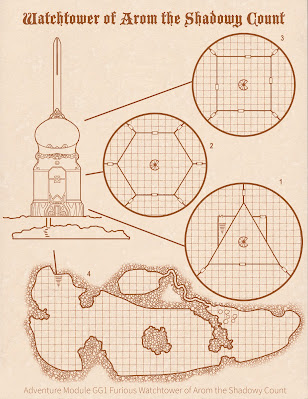