One of the challenges of mapping cities is the level of detail necessary to turn it into a viable adventuring area. Most city maps you see in RPG's are bird's eye view with little square boxes for buildings. Rarely are the individual buildings mapped out with the level of detail needed to conduct an adventure in. Because it would be madness.

The general approach is to highlight a few important buildings and map those out. But what if you want something a little more sandbox? The best examples of this are City State of the Invincible Overlord and the original Lankhmar city sets. 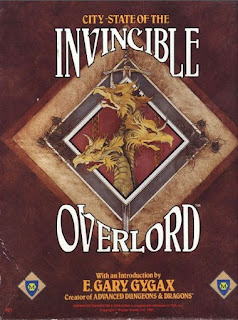 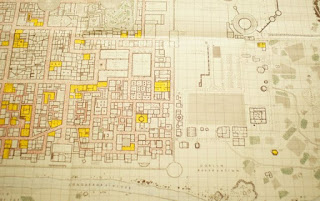 What I liked about Lankhmar is the city map had these little blank spots you could fill in with geomorphs that provided more individual details. I'm considering a variation on this idea. But it still requires drawing dozens if not hundreds of maps. I'd like this project done in my lifetime (well, by next year actually!) so I'm exploring ways to create great alien looking maps that also have the kind of maze-like density described in the Mars books. 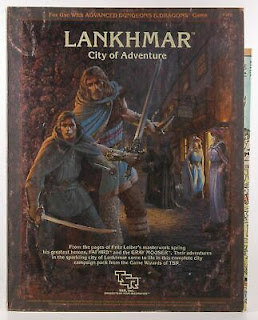 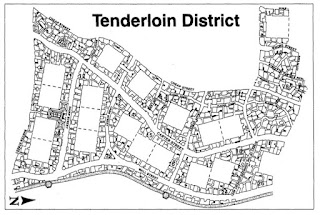 One of the annoying aspects of sandbox adventures is leaving too much of the work up to the GM. This should be pick-up-and-play but with plenty of customizability if the GM wants that. So the approach I am taking here is providing enough info that the building is playable as an adventure by giving it basic mission types such as: a heist, a rescue mission, defeating a threat, cleaning out a hive of scum and villainy and so forth. But then leaving plenty of room for additional details the GM can custom fit to their campaign and play group. Here is one of the city building maps that I've also tried to imbue with some unusual geometry to give it an alien feel. 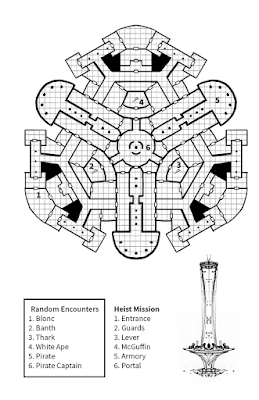 I've been developing a method to quickly generate these and still have a bit of hand-drawn feel to them. There will be more to reveal as the city maps are developed.

An adaptation of the classic novel for Warriors of the Red Planet. And the prelude Gunslinger: On The Arizona Hills. Mid 2022