PotRP Design Diary #28 - How does the party get to Mars?

How does the party get to Mars?

Here are some options to handle the question of how the party makes their way to the Red Planet.

The easiest entry to the adventure is to simply begin on the Red Planet. If you have the Gunslinger roleplaying game you can begin the adventure on Earth as a classic western (with some strange science!) that contrasts with the weirdness of the alien world of the Red Planet.

However the characters get there, they find themselves on the Red Planet without equipment or clothes near a Thark hatchery as the eggs are hatching. The characters are first captured by Tharks and put in prison awaiting to be sacrificed in the arena for entertainment. They meet Sola who stations a calot named Woola on guard to prevent escape. What the characters choose to do now is up to the players. 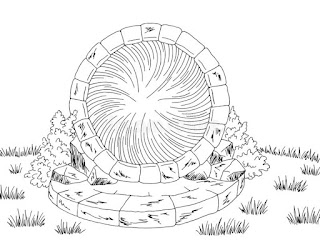 The Kickstarter page is prepared, if you're interested in backing this project here is the preview page: https://www.kickstarter.com/projects/thomasdenmark/gunslinger-strange-science-in-the-wild-west-roleplaying-game

An adaptation of the classic novel for Warriors of the Red Planet. And the prelude Gunslinger: On The Arizona Hills. Mid 2022