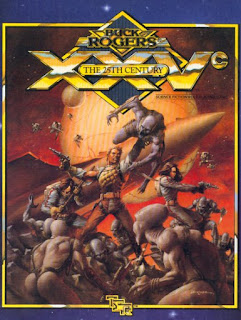 The CEO of TSR Lorraine Williams owned the trademark to Buck Rogers. This explains why TSR published so many ill-fated Buck Rogers games over the years during her reign (seriously, there are so many). First Buck Rogers Battle for the XXVth Century a Risk-like war game that didn't fare well, was then followed by an RPG (basically a modified version of 2nd edition AD&D) that also didn't do well. There were also books and even a computer game. I remember seeing these in stores and being mildly interested, but not enough to actually buy any of them. 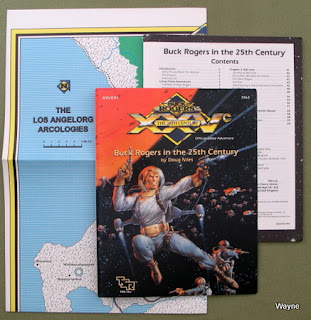 Other than the moderately popular TV show from the late 70's and early 80's there hasn't been a whole lot of Buck Rogers in popular media.

Until recently I didn't know much about the history of Buck Rogers. It was based on a novel  by Philip Francis Nowlan called Armageddon—2419 A.D. I was surprised to learn that this book is in the public domain! You can get it here on Gutenberg.org as is the follow up novel The Airships of Han.

What called my attention to it was this article about an ongoing lawsuit over the ownership of the Buck Rogers trademark. http://www.hollywoodreporter.com/thr-esq/buck-rogers-pitch-syfy-network-930661 This is not too dissimilar from the issues with the Burrough's Barsoom novels where the books are in the public domain, but does anyone own the trademark to the names in the novels? Can characters from a public domain book even be trademarked? Even Disney can't trademark Cinderella or Aladdin. They can, however, copyright their expression of those things, so you can't just make copies of the movies or visual design of the characters and start selling them. Well, actually, some of that gets into gray areas as individual artists can do their expression of those characters...but that goes down into a rabbit hole that even copyright lawyers have difficulty navigating. (If you're interested, this is one of the most useful videos on the topic https://www.youtube.com/watch?v=xKBsTUjd910)

I've often wanted to do a "Rockets and Rayguns" sci-fi retro-clone like Warriors of the Red Planet, and this gives me some ideas. Of course if you could actually use Buck Rogers that would make it just that much more compelling. 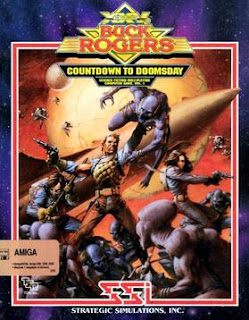 I'm particularly fascinated by this topic, the ownership of copyrights and trademarks and how long they should last. At some point these things belong to the culture that spawned them, like Alice in Wonderland and Wizard of Oz so that artists and writers should be able to do interesting things with them. Just like Norse mythology belongs to the world now. Otherwise you get situations like the Burroughs estate where all those wonderful characters and worlds ERB created languished when creative people could have been making games, toys, books, movies and video games out of.