POWER WIELDER
Power Wielders are individuals focused on development of their super powers rather than on fighting. As Power Wielders gain experience, they hone their prowess and increase their energy points more quickly than do other classes. Power Wielders are often the best class for characters whose powers work at a distance rather than requiring close combat, or which have non-combat focused powers. 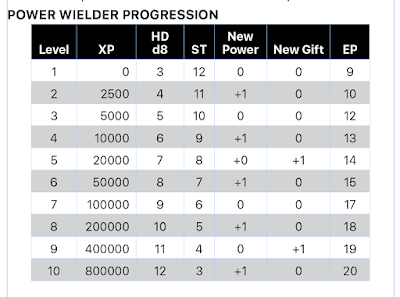 A Power Wielder with Constitution 13 or higher receives a bonus of +5% to all experience earned.

Power Wielders roll 1d8 for each Hit Die (to a maximum of 12 HD). They start with 3 HD at first level.

Power Wielders gets a new Power roll every other level, with a new Gift at 5th level and at 9th level.

Power Wielders do not use weapons or armor, save for powers built into gadgets they possess. Otherwise they always stick to fighting with their hands, feet, and any powers. 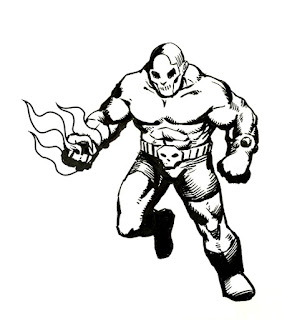