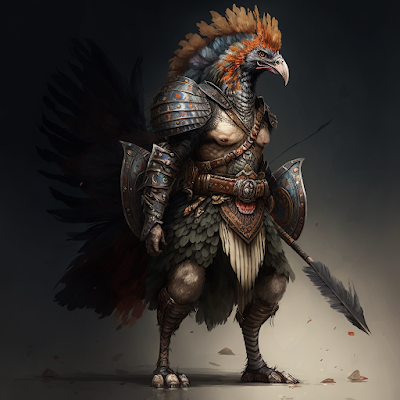 Battle Turkeys are the last remaining members of an ancient race nearly hunted to extinction for their delicious flesh.

Those that survived have become battle-hardened and inured to danger. They are fiercely combative and proud of their heritage. They are fighting for the day their people can once again have a land they can roam free in.

The Battle Turkey has the following special abilities:

Defense: +1 AC due to their thick feathers.