Long ago a project was started by James Maliszewski called Petty Gods, it was inspired by a post on Planet Algol about a book of minor gods that would be very handy for sandbox style gaming and general adventure ideas. The project sounded so interesting to me that I contributed some art for it, including a full color cover.

The book was never quite finished, well a project like this could never actually be finished as there is an infinite number of minor gods you could imagine. Goddess of onions who has the power to make an individual cry. God of thorns, or god of bog odors, and so on.

When the project languished it was picked up by Greg Gorgonmilk, then it passed to Richard LeBlanc, and it looks like the book fully revised and expanded will at long last be available. You can pick up a free preview over at DriveThruRPG. 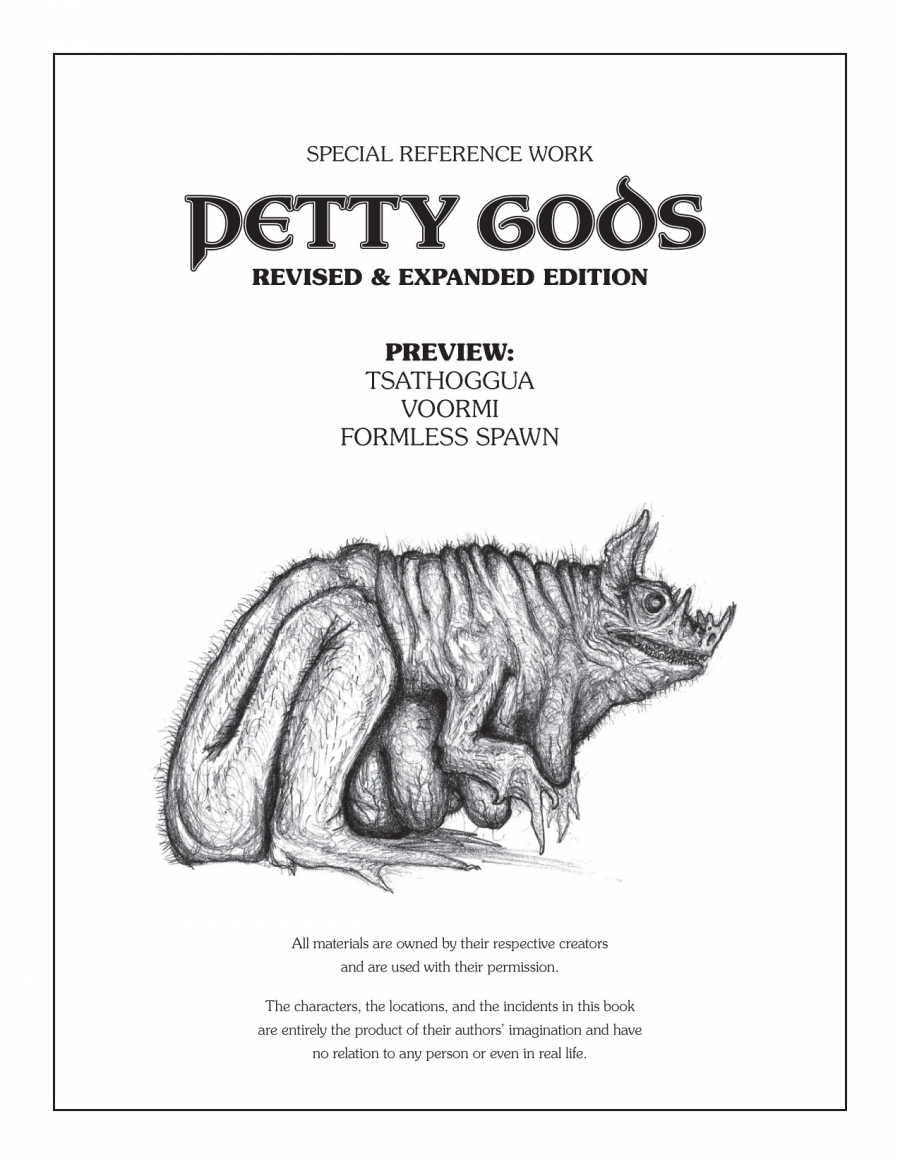 Tip of the hat to James Mishler for calling attention to this.