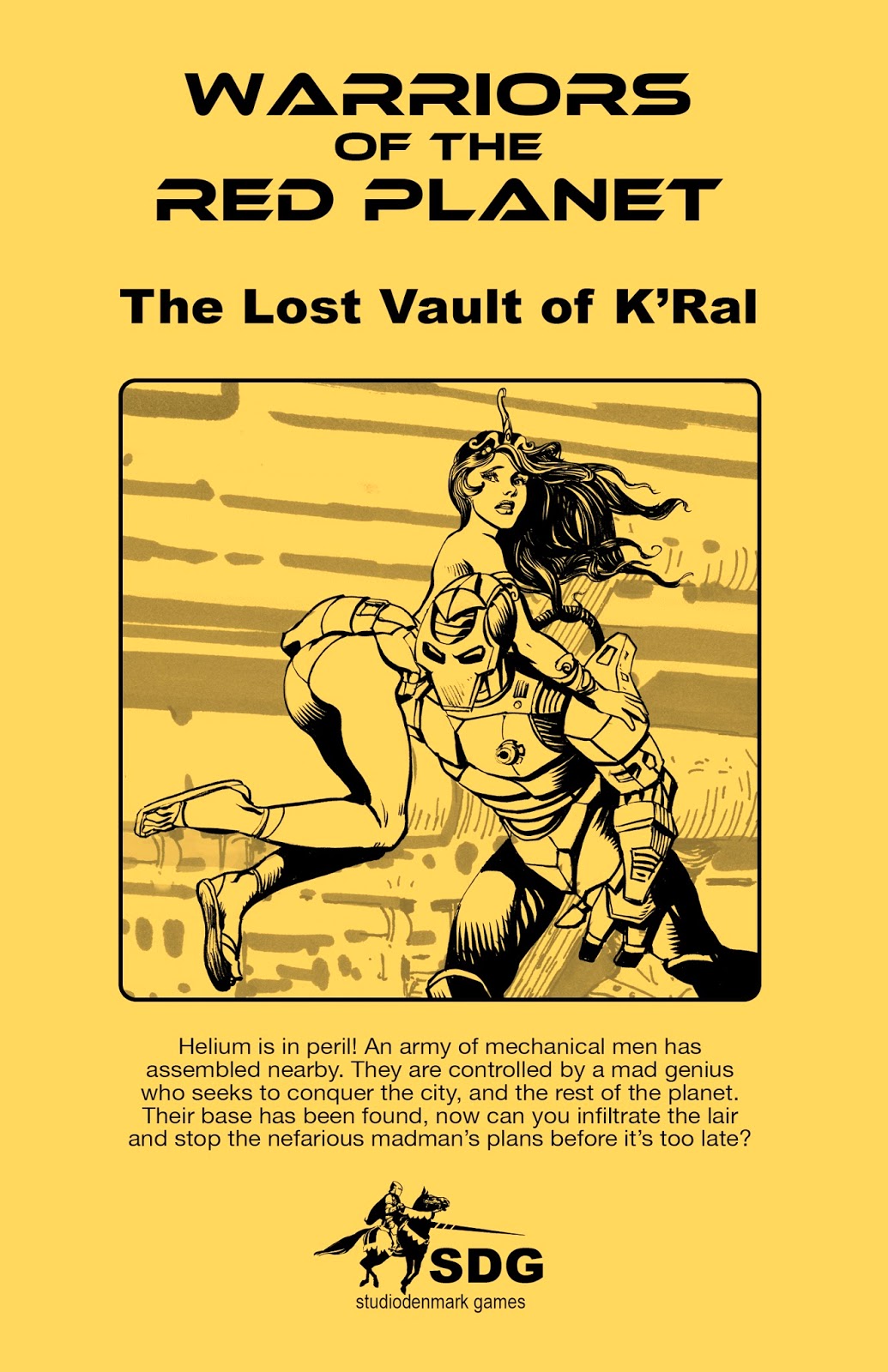 I wrote an adventure for Warriors of the Red Planet to run at Big Bad Con over the weekend. It was a good time, the players - as players tend to do - did unexpected and very clever things.

The adventure was designed "sandbox" style, not as a railroad. So it is more like an adventure location, than a linear adventure. Though it does have a series of events that happen roughly in order. There are some Lovecraftian influences, quite a bit of Gygax (Forgotten Temple of Tharizdun to be exact), and of course plenty of Burroughs.

The player's managed to avoid the final encounter and the big aerial battle at the end I was planning on, so it ended about a half hour earlier then intended. I collected the playtest notes and am in the process of incorporating them, and tightening up the adventure all around. I'm considering making it available for sale if there is any interest in it.

Spoilers ahead (mouse over to read)
Set on Barsoom, though designed to be placed on any alien world, an ancient vault has been discovered where a mad scientist is creating mechanical soldiers and building an army to conquer Helium and beyond. The mad scientist is trying to awaken an ancient evil that could make his army unstoppable. The mechanical army is actually made of captives who are processed using bicmechanical weird science. K'Ral is an ancient scientist who first discovered this biomechanical technology, but he was overcome by enemies and imprisoned in permanent stasis within the vault. Inside the vault is a huge complex with slave pens, a laboratory, a factory, an arboretum, and a fleet of airships in a hanger, including a powerful battleship that is designed to be K'Ral's flagship when he is awakened.