One of the greatest pleasures has been seeing Dungeoneer published in various languages. So far we have French, Italian, Spanish, German, and Polish. I recently toured Rome and was surprised to find a game store right across the street from our hotel! It was exciting to see that they stocked the Italian version of Dungeoneer - they even had the Italian Vault of the Fiends which I had not received a copy of yet from the publisher, so of course I bought one. :)

However, I must say that the Polish editions are far and away the highest production values of all editions, even beating our own American edition! The box is sturdy, full of all the components needed to play (including hero stands!) and it is a very nice size. The printing itself is very true to the actual art as I illustrated it (most non-Polish editions have come out too dark, losing much of the detail). I don't know how to get a hold of copies here in America, but they would be well worth getting just for the components to use for playing the American sets with. If anyone knows how to get copies please let me know. :)

Tomb of the Lich Lord 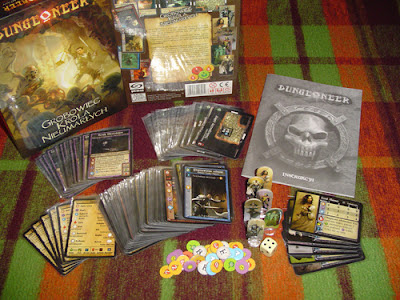 Vault of the Fiends 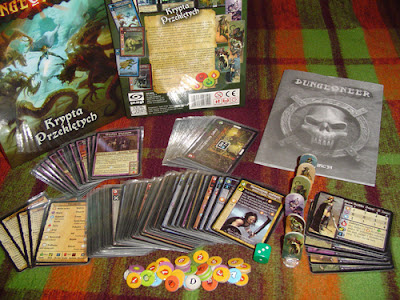 Dragons of the Forsaken Desert 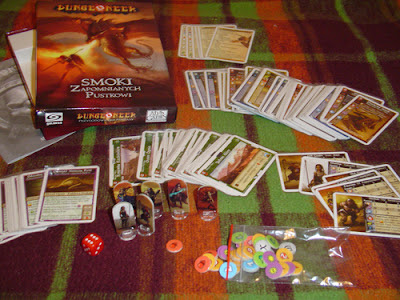 Haunted Woods of Malthorin (combined with Den of the Wererats) 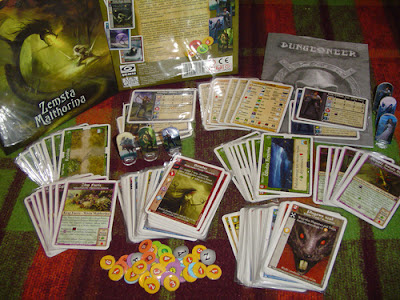 And Realm of the Ice Witch is currently in production.
Polish Publisher: Galakta

(Images gathered from Boardgamegeek.com posted by Łukasz Czajka (thanks Łukasz!!!)