Spelljammer came out at a time I'd lost interest in D&D. It was early in the 2nd edition era. The idea did intrigue me and at some point I picked up the original boxed set. I will say this for 2e, while I didn't care much for the aesthetics of that edition it did have some fantastic Campaign Settings. This new edition looks to be very tempting. I'll add that I like the orientation of that DM's screen, I've always preferred the horizontally layout to the vertical ones. Much more useful at the table without blocking view of the play area.

It is a bit odd that the new Dragonlance and Spelljammer were announced so close together. You'd think they'd space these things out a little more. 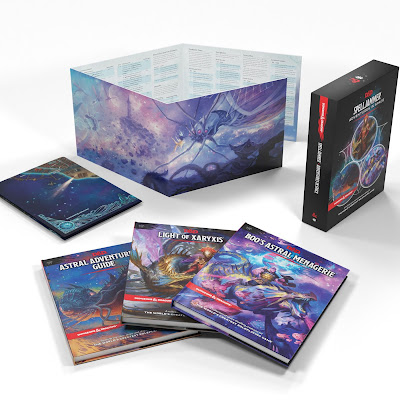