An open source project of a high-res Mars map, in natural colors. 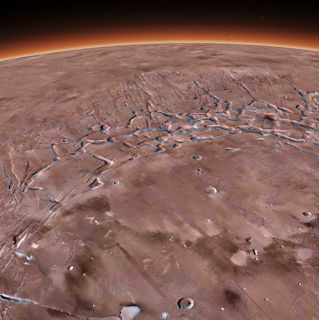 Anytime I've tried to combine real pictures of Mars with a map of Barsoom it has become an exercise in frustration. You can line up some things, but overall as you'd expect they have little to do with each other.

I still like the idea of trying to place Barsoomian locations on real globes of Mars. In my head canon the tales of John Carter took place millions of years ago when there was still water on the red planet and Captain Carter travelled through both time and space to become the Warlord of Mars. So it is all there today buried under the dust awaiting future archeologists to uncover.

This interactive map is a bit bare bones but contains the best up to date satellite photography of mars. Since it is an open source project I suspect it will continue to get better as more data comes in, and functionality is added. 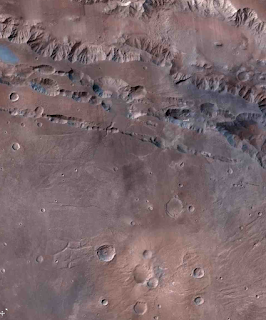